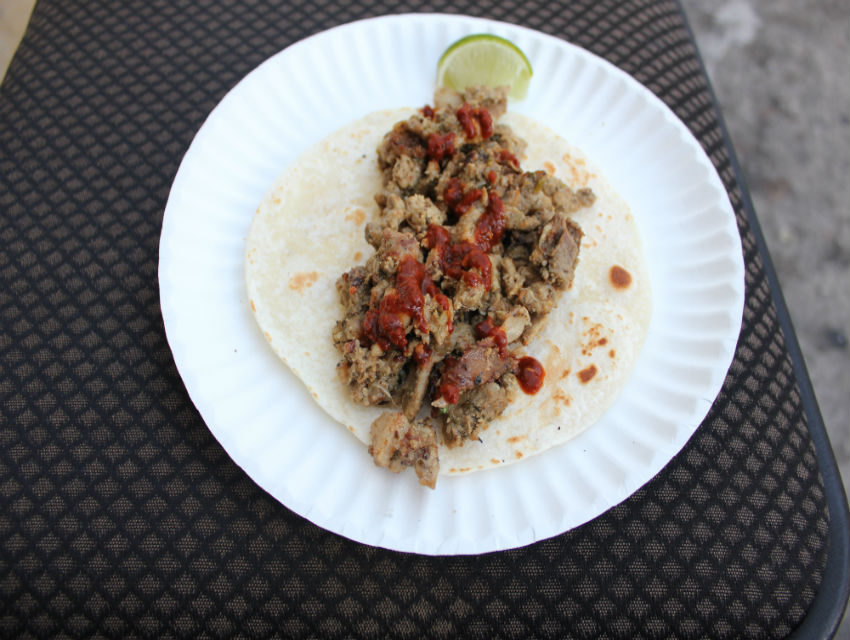 So when I came across Tacos Alpique, a little family run hot dog stand turned taqueria in K-Town offering tacos arabes, I was skeptical. Sure enough, their taco arabe is a taco de harina. No need to call the taco police (oh, right, that’s me!) but I’m just going to call it a taco de harina. It’s delicious, luckily, so all is forgiven.

The pork isn’t cooked on a vertical spit but it very tasty, and offers a simple flavor of marinated pork with traditional chipotle sauce, wrapped in a flour tortilla that’s a departure from your usual taco stop where everything has onions and cilantro. L.A. has some great Pueblan restaurants and stands popping up lately and Tacos Alpique is a yet another reason to love tacos in L.A.