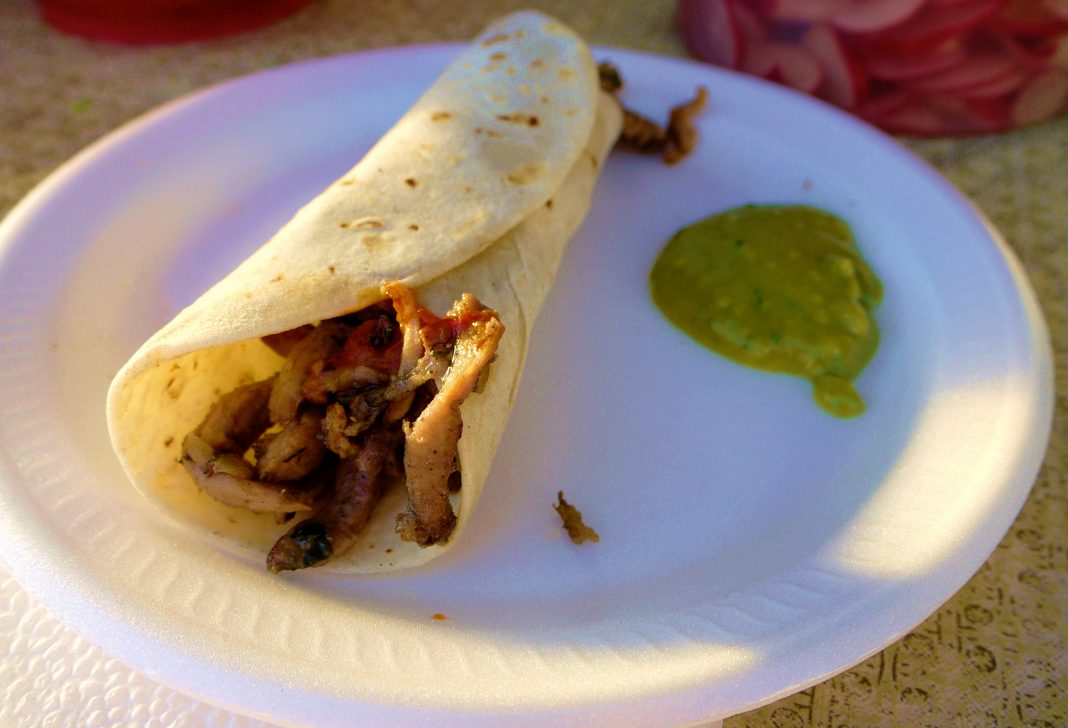 I’m not sure why, but Pueblan cuisine has never been well represented in Los Angeles. Sure, there are plenty of cemita poblana joints, but none of them deliver a strong version of the state’s sesame seed-speckled sandwich. Worse than that, nobody has managed to come through with decent tacos arabes.

Traditionally, Puebla’s tacos arabes—or “Arab tacos”—consist of small hunks of marinated pork, which are shaved off a vertical spit, wrapped in a thick, pita-like tortilla called pan arabe along with herbs and vinegar, or lime,  and then dressed with a chipotle-barbecue sauce. Delicious, right? Except Poblanos in L.A. are using a regular flour tortilla—which is a taco de harina. If I wanted a damn taco de harina I’d order one.

Luckily, Alfredo and Merced Villegas of Los Originales Tacos Arabes de Puebla have gone out of their way—all the way to Puebla (they do regular trips to bring back regional foodstuffs)—to make the best taco arabe in town.

A friend of the family has modified the famous tortilla, the pork is tender and well-seasoned, and they’ve mastered the delicate balance of the viscous chipotle sauce, which can overwhelm the pork if it’s too sweet. The Villegas family sells tacos from the trailer in the evenings, and on weekends sells authentic Pueblan sweets, cheese, chapulines (grasshoppers), and other specialty items at the Mercado Olympic.

For now, this is the only place in L.A. to get the taco arabe with the actual pan arabe. Bonus: they make a solid homestyle cemita poblana, too.