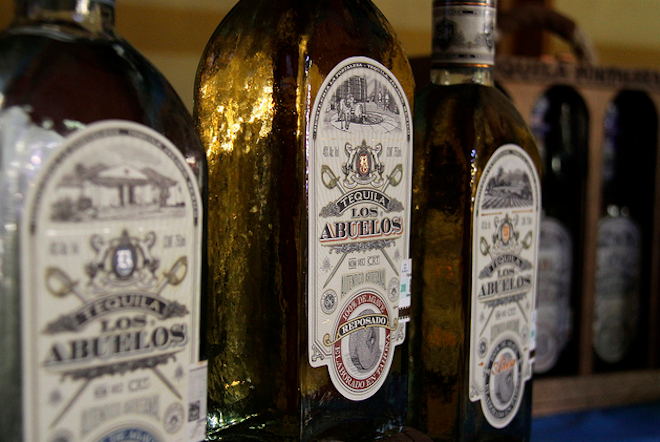 When you find yourself alone at night, and the taco stands are closed, and it’s too early in the morning for tamales, tequila will do just fine for your Essential T.

This past Saturday at approximately 2:30 in the morning, Fox News’ reporter Geraldo Rivera flashed a naked selfie to the twitterverse that has made him even more talked about than his controversial commentary on the Trayvon Martin case. When asked what made him do it, Rivera explained: “This weekend was tequila. I never do tequila when I’m alone and I had a new bottle that someone had given me. I got so many bottles for my birthday.”

I guess a guy that has lead us down Capone’s empty vault, was kicked out of Iraq during Desert Storm, and who once grossly exaggerated the danger of a few fringe Satanists in the U.S. has a lot of stress. Who can blame him for wanting to take off the edge with a couple of shots?

We may never know which brand of tequila caused Rivera to do a self-exposé, but here are three tequilas that I recommend for the next time he’s feeling restless.

Find these brands at any major liquor retailer.

➽ Abandonado Extra Añejo, or Abandoned (extra-aged)
What better tequila to drink by alone than a smooth lowland tequila aged for four years in a blend of American oak and French cognac barrels, before it’s poured into a sexy, hourglass shaped bottle?

➽ Fortaleza Reposado, or Fortress (reposado)
In Mexico, Fortaleza is bottled under the original name of this spirit, Los Abuelos, or the grandfathers, right in the town of Tequila by fifth generation tequila producer, Guillermo Sauza. Perfect for drowning away your shame the next time tu abuelo gets naked on twitter.

➽ Jarro Viejo Añejo, or Old Jug (aged)
This is fine sipping tequila from the highlands of Jalisco that has balance, and a sweetness that’s characteristic of the area, perfect for an Old Jug like Rivera to get set for a hot night of sexting.

This Local, Female-Founded Tequila Brand Is Helping Dogs with Every Bottle