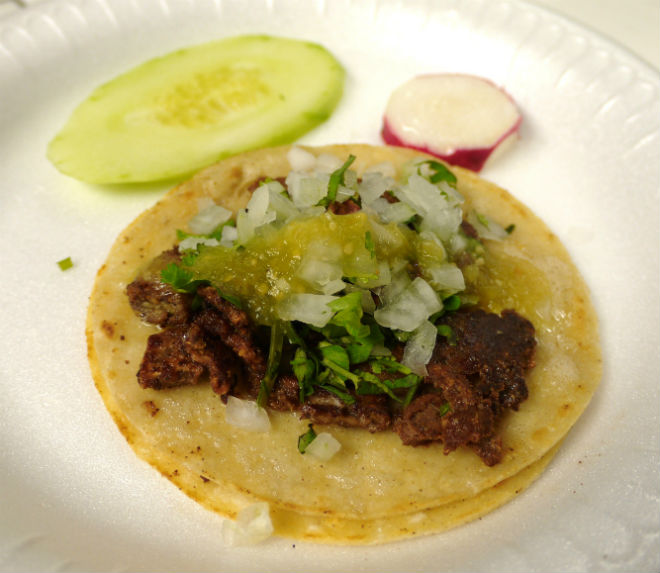 I’ve must have driven by Chapo’s Tacos a million times heading east on Firestone Boulevard. The signage always caught my attention—any time you see beef lip tacos painted on as a marquee item, that should be enough for a U-turn. But then there was that inexplicable factor that makes you come to the threshold and then suddenly turn away.

Then El Chapo went away—no, not that Chapo—and Gallardo took over, with a fresh touch up of blue paint on the warped sign board (which is bigger than the restaurant). All of a sudden it seemed I should give it a try.

They also had tripas de leche, or chitterlings, soaked in milk before boiled, and then cooked on a flat top, either regular, or extra crispy. The taquero suggested the latter, which were pressed onto the grill and cooked until transformed into caramelized chitterling brittle.

The flavor and texture are heightened in the crispier version, but there’s nothing wrong with getting a pair of these small tacos done both ways. One bite and you’ll wonder why you haven’t stopped here before either.