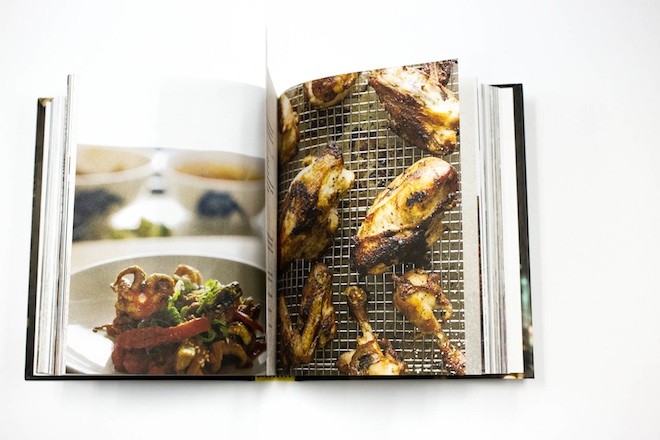 It was almost five years ago, to the day—on November 22, 2008—that I had my first taste of Kogi BBQ. Last week, I was at Skylight Books listening to chef Roy Choi read from his first book, L.A. Son, My Life, My City, My Food, and outside the bookstore the Kogi truck idled, waiting for eager readers to get hungry. I hadn’t actually ordered from the truck since that afternoon in ’08. The only other times I’d had a Kogi taco was at events where “Papi” is known to hand deliver his food to everyone.

L.A. Son chronicles Choi’s journey from Seoul to soul food, from the very real trappings of level one gang life for young men in L.A., and from lost and listless on the streets to, at last, found in the kitchen.

I’ve witnessed Choi’s rise from the shy chef that served us back in 2008, to the confused and out of place award recipient clad in all green cholo gear at Star Chefs back in 2010, to the confident speaker I listened to at Skylight Books last week.

The most profound moment came that day after the reading, at the truck, when I ordered the now iconic spicy pork taco. It’s the taco that launched 1000 inner-city ships.

The flavors are simple: a piquant chile paste marinade, fermented by the essences of Los Angeles’ cultural mix on a corn tortilla—a Korean palate on a Mexican canvas. To some, it’s a novel taste, but sometimes a tasty bite has a life of its own, and can define a moment, an aesthetic, or, even a city.