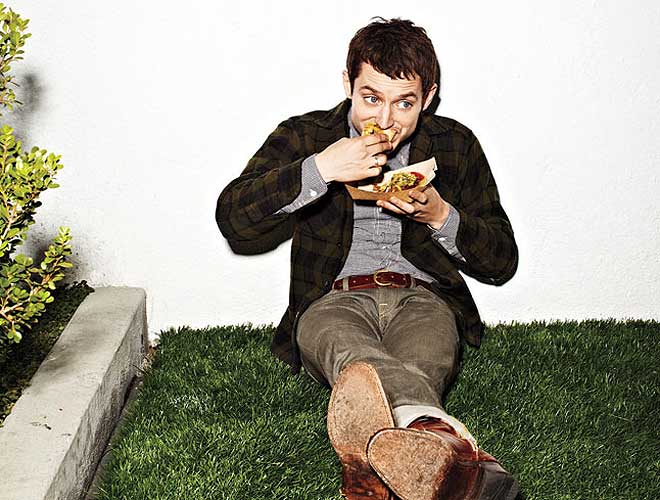 A lot of people have come out in support of 51-year-old Valley landmark Henry’s Tacos, which is closing this month after a year-long battle with its landlord. Among the most vocal are some of Hollywood’s elite, including Star Trek’s Chris Pine and Modern Family’s Sarah Hyland, according to Studio City Patch. But nobody—nobody—loves the hard shell, orange cheese-topped tacos quite as much as Frodo Baggins himself, Elijah Wood.

Los Angeles magazine deputy editor Nancy Miller interviewed Wood last summer for an article in the July issue. During their chat, Wood, who grew up in the Valley, spoke of his devotion to Henry’s:

“My time in the valley was from the age of 8 until—I guess it was 17.  Those were hugely formative years. Whenever I go back now I have to make a stop at Henry’s Tacos. It is one of those places that you revisit to connect to your memories.”

Buck up little guy. Preservationists awe working to save the famous stand, which was deemed an architectural landmark just this month. If not, might we suggest one of these fine establishments to indulge your cravings?