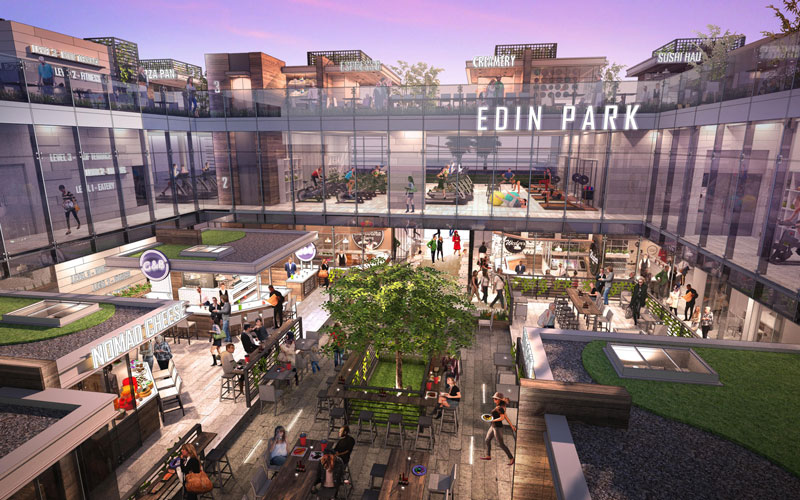 The Department of City Planning has released new renderings of the Edin Park project (8001 Beverly Blvd., 7967 Beverly Blvd.), a massive food hall coming to the north corners of Beverly Boulevard and North Edinburgh Avenue in the Fairfax District. First reported by urbanize.LA, the images of the proposed development depict a glass façade and airy roof deck with communal dining tables. According to the public filings, the facility is expected to seat approximately 600 people.

Construction for Edin Park is expected to break ground later this year. The project’s official website says it will feature 32 restaurants, with culinary options “designed to satisfy any craving, all in one dynamic, approachable community gathering place.” Food vendors will be selected by chef and tastemaker Octavio Becerra, formerly of Acabar in Hollywood, Circa in Manhattan Beach, and Palate Food & Wine in Glendale. It will sit smack dab in the middle of a very walkable neighborhood.

The latest documentation on the construction plans is available as a series of PDFs on the planning office website.