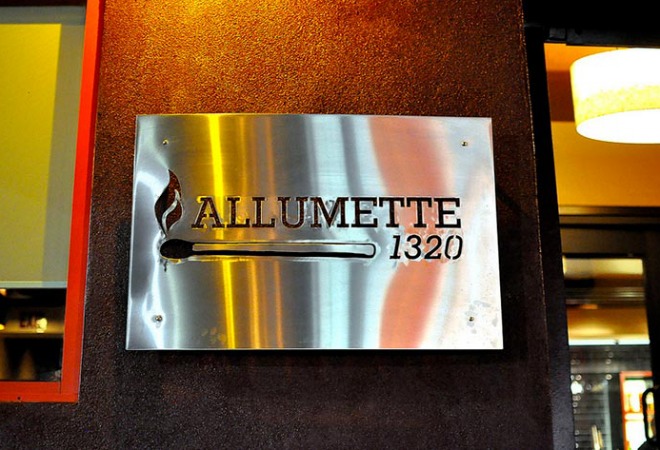 Very sad and suprising news out of Echo Park today: Miles Thompson’s celebrated restaurant Allumette will be closing its doors on Saturday, June 28.

Thompson’s innovative cooking at Allumette, which first opened in early 2013, garnered praise from critics both across the city (it was named #35 on our 75 Best Restaurants list) and across the country (it was included in Bon Appetit‘s Top 50 New Restaurants in 2013). The market-driven cocktail program by Serena Herrick ranked among the city’s finest—and most underrated—as well. Ironically, Thompson returned only last week from New York City, where he was invited to cook a special dinner at the James Beard House in celebration of his work.

Despite switching to a prixe fixe-only menu format in February, as well as offering a late-night happy hour, the restaurant was unable to maintain the consistent flow of diners necessary to keep it afloat.

With the closing of the once-hot Cortez earlier this year, it appears as though Echo Park might not yet be able to support the kind of ambitious, upscale restaurants found in other parts of the city.

No word on the future plans of Thompson and Herrick yet, or as to what co-owners Charles Kelly and Bill DiDonna will do with the former Allston Yacht Club space. We wish them all the best of luck and look forward to their future projects.

“A restaurant like Allumette requires tremendous and consistent effort in sourcing and producing the food and drink that we have been celebrated for. We took a calculated, but substantial risk opening a restaurant like this in Echo Park and ultimately we just couldn’t find the customer support necessary to sustain our business without compromising the guest experience. So, it is with bittersweet emotions that we announce that Allumette will have its final day of service on Saturday, June 28th. It has been a great ride, filled with exhilarating food, spectacular cocktails and definitive dining moments. We are all thrilled to have been part of something so special and know that all of our hard work and commitment to Allumette was well worth it. We remain friends and colleagues and are each excited for our next chapter in the ever-evolving Los Angeles dining community.”