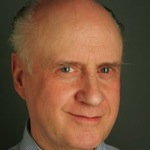 If you’ve never been to one of the free Culinary Historians of Southern California lectures at the LAPL Central Library downtown, let me be the first to tell you that you’re missing out on some great programs. I’ve been a proud member of the group for around a decade now, and have learned sooo many interesting things from the fiercely passionate and knowledgeable base of members and guest speakers. (I even gave a presentation on the history of Sriracha once!)

While I don’t make it to as many programs as I’d like to anymore, one that shouldn’t be missed is the annual Charles Perry lecture, given by the group’s founder and president, Mr. (you guessed it) Charles Perry. Next Saturday, he’ll be giving a presentation on the cuisine of Uzbekistan, bringing along with him some interesting kitchen trinkets brought back from his trip there, including a qazan (hemispherical caldron), a sach (convex griddle), and a number of chekiches (bread punches).

I spoke with Charlie about his trip, and got a little more info on Uzbek cuisine, but if you’d like to learn more, I implore you to check out the event on the 12th. (Full details below.)

When were you in Uzbekistan, and for how long? Which areas did you visit?
I went to Uzbekistan in 1993. My home base was Tashkent, largest city on the old Southern Silk Road, and I visited the high, mountain-ringed Ferghana Valley, which was on the Northern Silk Road; Samarkand, Tamerlane’s capital, famous for its architecture and breads; and Bukhara, mostly Persian-speaking, formerly the home of an ancient Jewish colony.

How would you describe Uzbekistani cuisine, in a nutshell?
Uzbek cuisine is a fusion of medieval Persian cuisine (tandoor breads, a particular hearty style of pilaf), nomadic Turkish elements (flatbreads, noodles, dairy products) and more recent elements from China (Turkic- and Chinese-speaking Muslim refugees brought their cuisine when they fled Xinjiang in the 1870s). The Chinese dishes are rather like dim sum, only made with (of course) lamb instead of pork and adapted to Central Asian tastes. Stalin moved a lot of Koreans to Uzbekistan because he considered them a security risk, and as a result, kimchi is now part of the Uzbek diet.

Any representative restaurants or markets you can recommend in the L.A. area?
We do not have a substantial Uzbek community in Los Angeles so I don’t know of any markets that have Uzbek foods for sale; some Russian delis may have a few things. The EuroAsia restaurant in Encino offers a number of Uzbek dishes as well as Russian food.

What most surprised you about the country and cuisine while you were there?
I can’t say. Maybe how much I liked horsemeat sausage, maybe how tasty Central Asian lamb fat is (it doesn’t stick to the roof of your mouth like the lamb fat we’re familiar with).

Or maybe it was Tamerlane’s tomb. He was buried, at his order, near his spiritual teacher. While they were excavating to build the grand mausoleum in Samarkand, they found the grave of an unknown person but it was marked with a horsetail hung from the top of a pole, a Central Asian sign of honor, so they included it in the mausoleum, horsetail flag and all. The pole has been replaced twice over the centuries, but it’s still the same horsetail.

Dish or item you had that you miss most/wish you could find here?
I wish I knew a place to get devzira, the red rice of the Ferghana Valley. When the founder of the Moghul Dynasty left Uzbekistan and conquered India, he brought with him a taste for it, and we know that the emperor Akbar imported devzira for the royal kitchens.

An Uzbek-themed dinner will follow at EuroAsia in Encino on Tuesday, January 15. You must be a member to attend. (Dues start at $25 per year.)

At a Kosher Market in Encino, a Chef Is Putting a ‘Sexy’ Spin on Comfort Food