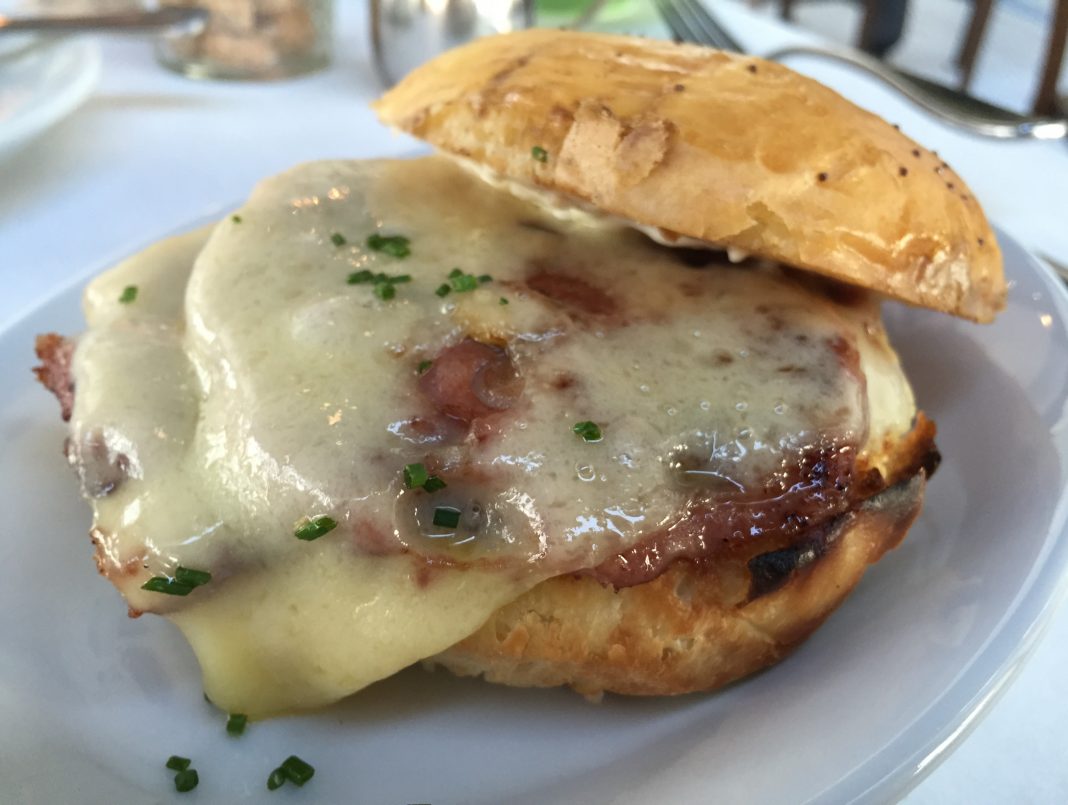 If you follow the world of forcemeats as much as we do, then you know that bologna is not longer something reserved for school lunches. Chefs like Chad Colby at Chi Spacca, Bruce Kalman at Union, and Zach Pollack at Alimento have all been serving stellar versions of mortadella, the tender, heat-cured Italian sausage that most Americans know as bologna.

Josef Centeno knows bologna’s true value too. At his new restaurant, the recently made-over Pete’s in Downtown, the mornings are filled with meat-stacked breakfast sandwiches served from 8 to 11 a.m. Here you’ll find blue-collar combinations that wouldn’t be out of place at an East Coast corner deli: one layers scrambled eggs, American cheese, and Taylor’s Pork Roll—a pressed log of pork meat that’s a popular breakfast meat in New Jersey—onto a English muffin, while the other combines thick slices of house-made bologna with melted swiss.

And boy, it was that fried bologna sandwich ($8) that really caught our attention: served on a pillowy kaiser roll with gooey cheese and a wonderfully garlic-spiked mayo. If only the bologna sandwiches we ate as a kid were this good…

Why Breakfast Tacos Are Better than Breakfast Burritos