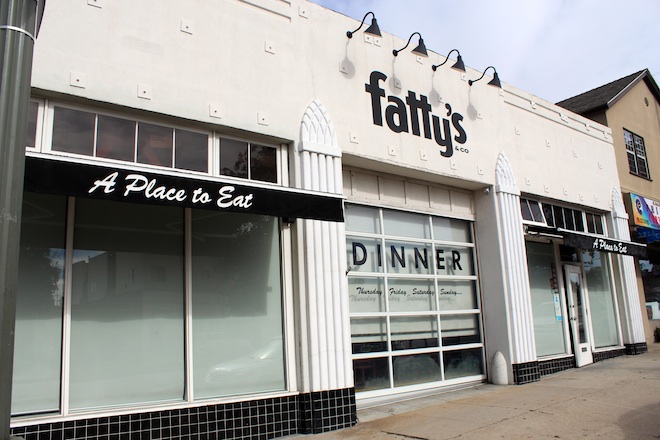 → Eagle Rock Brewery announced plans to open a new brewpub on Colorado St. (in the former Fatty’s vegetarian cafe spot) called Eagle Rock Brewery Public House. The 4,500 sq. ft. building will house a tasting room and a restaurant, which owners Ting Su and Jeremy Raub hope to have open as soon as spring 2014. Six to twelve months later, they will be installing a 15-barrel brewhouse, which will complement their existing 15-barrel brewhouse at their original taproom location on Roswell St., which will remain in operation.

→ Brouwerij West has finally found a permanent home, snagging up a space at the Port of Los Angeles in San Pedro. The three-year-old business has been contract brewing its beer out of other locations, but its own “brewery, tasting room, and full-service restaurant plus patio dining area” will be opening in the newly expanded CRAFTED marketplace as soon as summer 2014.

→ Dry River Brewing is still searching for a space to call home, but it has put in a proposal for a potential location, and it’s secured Naga Reshi as its brewmaster. Per their latest Kickstarter backer update:

“Naga Reshi comes to us from Wynwood Brewing in Miami, but he’s been brewing professionally all over the world since 2007. […] He designed, built, managed and sold a production brewery in Brazil that ran entirely off of solar power! Plus his recipes are super creative and he’s awesome at using local ingredients, like he did with his barrel-aged jungle-fruit Lambic series in Brazil…”

→ Firestone Walker Brewing Co.’s proposed Venice expansion continues to progress. Take a close look at renderings for the new space, above and below. Proprietor Adam Firestone will be hosting a meet-and-greet on Tuesday to introduce locals to their plans, which include a brewhouse, tasting room, restaurant, retail operation, and event space. Per an email alert from the company:

Venice residents are invited to the free presentation; beer and light appetizers will be served and no RSVP is necessary. Tuesday, December 3, 6:30 p.m., 3205 W. Washington Blvd.