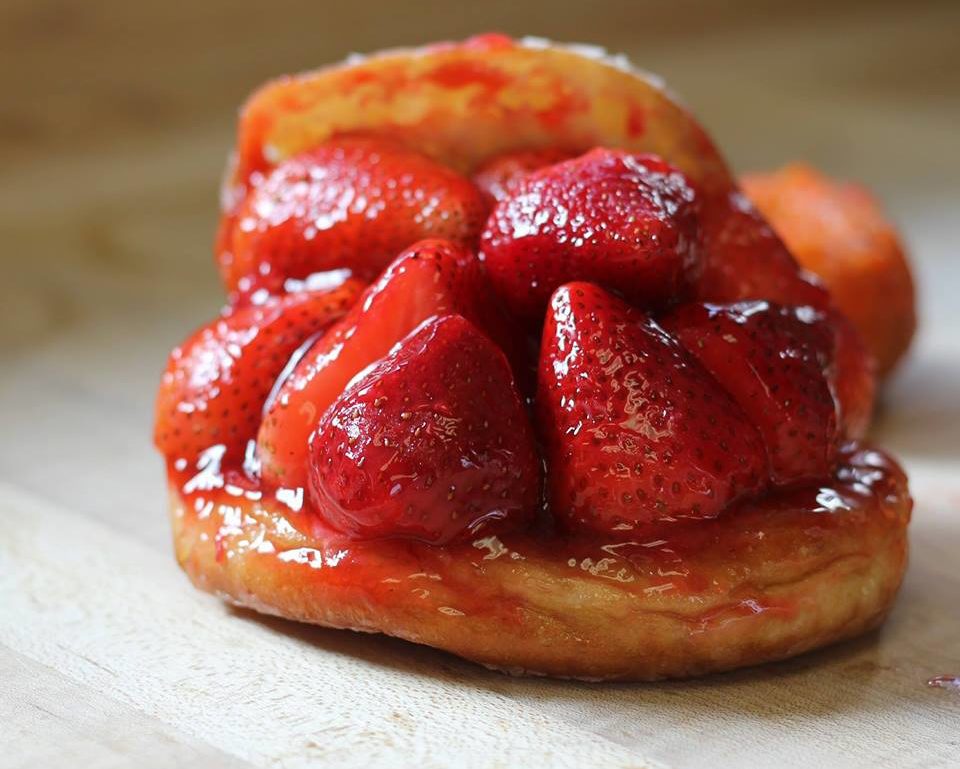 UPDATE: JUNE 23, 2020 – After months of waiting–and a casual pandemic along the way–The Donut Man will finally unveil a DTLA location on Friday. The sweet news was confirmed in an Instagram post this morning.

According to the post, the first 100 guests to line up at Grand Central Market for the 8 a.m. opening will be able to pick up a sprinkle doughnut for free. If you prefer a more socially distanced experience, the stand will be open 8 a.m. to 10 p.m., seven days a week.

NOVEMBER 1, 2019 – Donut Man, the tiny Glendora shop with the outsize cult following, is about to get a lot closer to home for many Angelenos. After nearly 50 years at the current location, the brand will open a second location, inside Grand Central Market.

Offerings at the downtown stand will be similar to what’s available at the Glendora location, particularly the strawberry- and peach-stuffed doughnuts (available only when the fruit is in season) that have long made the original Donut Man a destination. The February opening coincides with the start of strawberry season.

Jim Nakano became the Donut Man in 1972 when, along with his wife, Miyoko, he opened the small shop in Glendora. Nakano had grown up in Boyle Heights, loving the doughnuts he would buy from the Helms Bakery truck. Over the years, demand has grown to find Donut Man selling thousands of their signature strawberry doughnuts each day–but only now have they decided the time is right to open a second shop.

“We have a big enough following and group of fans that we can’t produce what we would like to at one location. It’s impossible,” Donut Man manager Aaron Wearp told the Los Angeles Times. “The market is a very historical place and the Donut Man is on Historic Route 66. We felt like it would be great to partner with someone who cherishes that history.”

The Grand Central Market stand is expected to open in February 2020–but, unlike the original, don’t expect it to be open 24 hours a day.

The Best Free Things to Do in L.A. This June