Home Uncategorized Don Your Elaborate Hats – The Derby’s A Comin’! 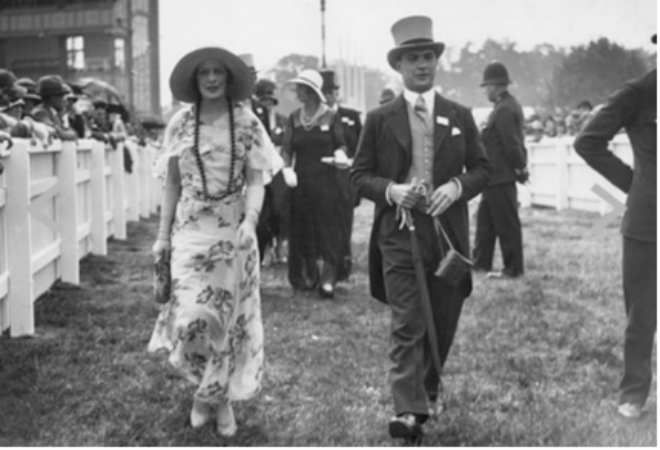 Classic American cocktails, ladies decked out in Southern belle attire, rallying horse jockeys – these are all necessary facets of the annual Kentucky Derby, this year taking place on Saturday, May 4. Just because we’re not located in the good ‘ol South, doesn’t mean there aren’t any Louiville-esque celebrations happening on the West coast. Find below some Kentucky Derby shindigs that we’re excited about.

Derby cheering and a dash of BBQ on the side.

Nosh on a real Texas barbecue feast – brisket, mac and cheese, and apple pie at Bludso’s Bar-&-Que in Hollywood. In honor of the big day, Bludso’s will be open at noon and will offer $5 mint juleps (on-tap, might we add) all day.

West Hollywood’s Township Saloon hosts a Kentucky Derby party from noon to 5 p.m. that involves a “best hat” contest and a special derby day menu of classics such as open-faced hot turkey sandwich covered in a mornay sauce and bacon. At the bar, find blackberry-mint juleps and arnold palmers.

Tom Bergin’s will be serving up their famous pretzels alongside “ponies”– three brews of Irish stout, Lager, or Red – for $9. Don’t miss pastry chef Ann Kirk’s  “bulleit bourbon” pecan pie. Bet your odds on the first, second, and third place winners for a chance to snatch a special prize.

Salute the Louisville classic in style at BarNINETEEN12 at the Beverly Hills Hotel. The viewing party will feature classic derby cocktails alongside derby bar bites, such as the “derby fry,” fried green tomatoes and fried oysters, amongst other nibbles. Heaven Hill Distilleries will provide complimentary whisky tastings from 2 p.m. to 4 p.m. Don’t forget to show off your fancy hats at the “best hat” contest, in which the winner receives brunch for four at the Polo Lounge.

Biscuits and mint juleps by the beach.

Track the race on the patio of Abbot Kinney’s Willie Jane. Festive fare will include eats such as biscuits with short ribs, crispy Niman ranch pig tails, and deviled eggs with marinated shrimp and bottarga aioli. Additionally, house-made cocktails including mint juleps, will be offered.

A festive cottage and lawn party.

Spend “a day at the races” at the Roosevelt’s Spare Room. Sway to the sounds of the Dustbowl Revival and the Get Down Boys while noshing on derby bites. Dress your derby best for the “best hat” and “best bowtie” contest. And we can’t forget the array of classic bourbon cocktails that will be offered.