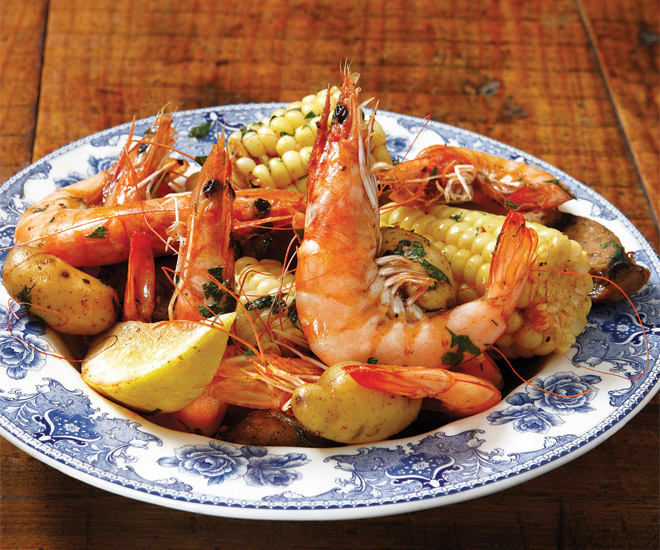 Just in time for Mardi Gras, Southern food in L.A. has become as hot as andouille. Newcomers like the Hart and the Hunter, Spoonful, and Sassafras are drawing diners with their shrimp boils, pimento cheese, grits, and cocktails made with Sazerac and Kentucky bourbon. The cooking of the South is built around bold but familiar flavors that are simmered with European, African, and Caribbean influences until they’re as smooth as a Louisiana drawl.

“It’s technically America’s only indigenous cuisine,” says Vinny Dotolo of Animal and Son of a Gun, who with cohort Jon Shook was invited to the Southern Foodways Alliance Symposium in Oxford, Mississippi, last October. Shook and Dotolo were among L.A.’s first chefs to riff on Southern food in a distinctly California way: fried chicken livers with heirloom tomatoes and, before the ban, biscuits topped with foie gras. Today they’re far from alone.

Brandon Boudet of Little Dom’s, Dominick’s, and Tom Bergin’s notes that thus far we’ve gotten only a general taste of a diverse cuisine. “There’s no one type of Southern food, just like there’s no one Mexican food,” says the New Orleans native. But when Fat Tuesday hits, Boudet promises po’boys, gumbo, and over at Bergin’s, “the beads will be flying.”

Open Wide: Where To Get It: