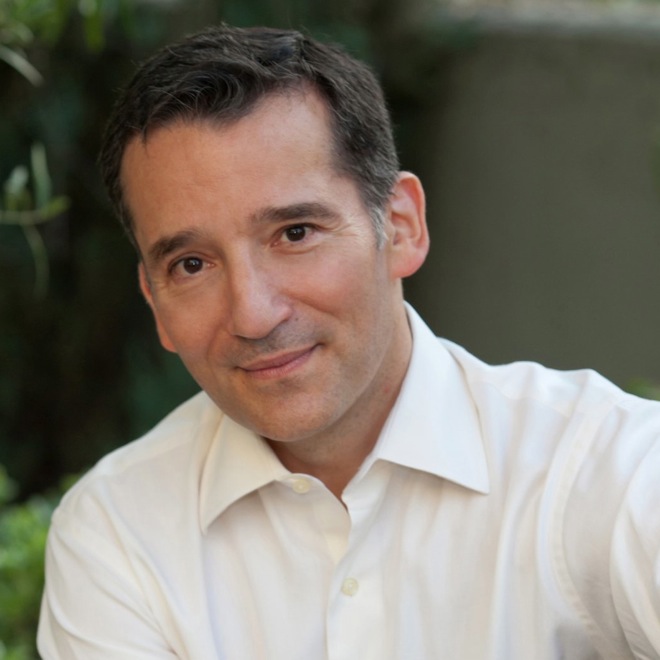 David Wolpe is the rabbi of Sinai Temple, and though he’d probably be the last one to admit it, he’s kind of a big deal. In addition to writing seven books—his latest being Why Faith Matters—he’s also been named the most influential rabbi in America by Newsweek, and we named him one of the 100 most influential Angelenos way back in 2006. (My, how time flies…)

Though I’m not religious by any stretch of the imagination, I’m a fan of anyone whose passion and compassion shines through in his or her life’s work. And Rabbi Wolpe (a fellow vegetarian I came to learn) certainly fits that bill. Here, I reached out to learn more about what his food life is like when he steps down off the pulpit.

Hidden talents or superpowers?
They’re hidden. (But I can actually whistle in a way I’ve never met anyone, anywhere, able to duplicate. Demonstration upon request.)

What are some of your favorite places to eat around town?
As a vegetarian (who now and then eats fish), I treasure the veggie haunts like Real Food Daily and Native Foods. But I also love pasta, and my favorite is a small place near the synagogue: Carmine’s II. Friendly, homey, east coast in feel. For fancy, Ivy At The Shore. Also, we have some wonderful kosher places in L.A.: Pat’s, La Gondola, and others. And at least once a week I have lunch at Napa Valley Grill.

How about places to grab a drink? (Whether it be coffee, tea, beer, wine, or other…)
[At hotels:] The Peninsula, the Huntley in Santa Monica, and I’ve had some memorable drinks at the Sofitel.

How are you in the kitchen? Anything you’re particularly good (or bad) at making?
Particularly good, no, although I once roasted my two favorite vegetables together—corn and Brussels sprouts—and it was surprisingly unawful. Particularly bad? I’m sure if I tried, I could cook many things abominably.

Any favorite markets?
I am a Whole Foods [and] Trader Joe’s man. And though I don’t really cook, I actually love food shopping. Go figure…

What do you feel is the biggest misconception about Jewish cuisine and/or kosher law?
It has to be greasy, salty or set up a blockade in your arteries. Some of it is quite light, healthy and good.

Any special meals or dishes planned for your Hanukkah celebration(s)?
Something greasy, salty, and… well, you get the idea.

What do you feel is the most exciting thing happening in the local food scene right now?
I love how easy it is to live in L.A., eat well, and never eat meat. I haven’t had meat or chicken for thirty years and never feel deprived. And most restaurants are so accommodating and understanding.

What would you want your final meal to be? And what would you want to drink along with it? Any music playing in the background?
I would like my final meal to be one that would stretch over several years, but failing that, I care less what I eat than who I eat it with. A good red wine, people I love, and in the background — has to be Sinatra, right? But if they can’t find the right Sinatra it would be OK, since that’s the soundtrack in heaven anyway.

L.A. Saw a Near Doubling of Antisemitic Incidents In 2021 as Attacks Exploded Across U.S.