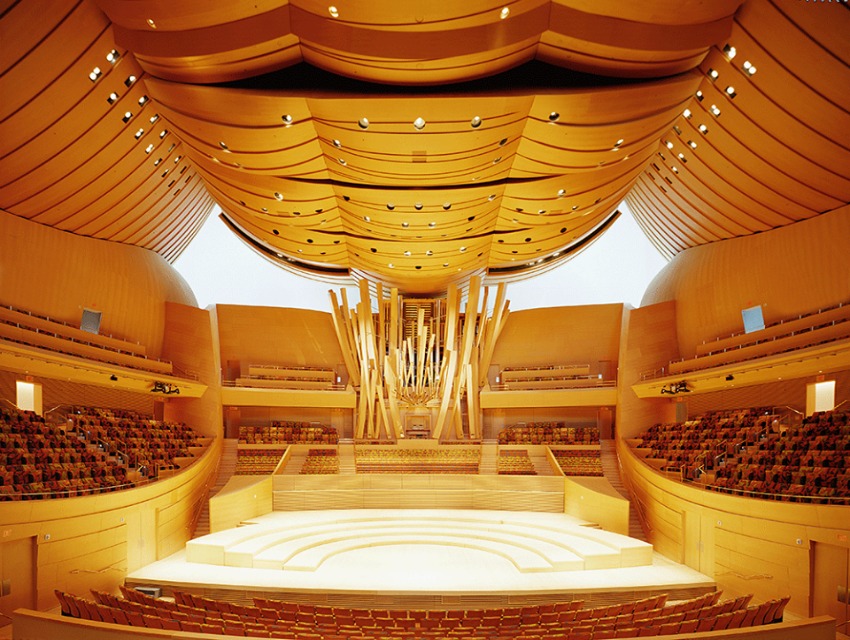 There would be nothing wrong if your night out in DTLA consisted of a show at The Smell watching punk-rock band No Parents thrash on stage, followed by a whisky and coke from King Eddy’s, and finally culminating with a Danger Dog from a nearby street cart. But if you and your date are hoping for a classier affair in light of the area’s astonishing cultural resurgence–something more along the lines of slow-roasted prime rib coupled with a performance of Vivaldi’s Four Seasons–you may want to consider the dinner and concert package by the LA Philharmonic, “Get Your Phil.”

The deal includes five select concerts at Walt Disney Concert Hall extending from late October to early April. When you purchase a ticket you’ll also be able to secure an exclusive $25 dollar, multi-course prix-fixe menu from nearby, high-end dining establishments. Do you pine for Ravel’s breathtaking Rapsodie espagnole? If so, then you may want to book a reservation at John Sedlar’s Rivera (ranked 39th on our Best Restaurant List) for red endive salad with corn flan; he’s also serving cactus pear ice. Or maybe you’ve yet to try the food at Faith & Flower, where Michael Hung (who earned a Michelin star at San Francisco’s La Folie) will be offering a warm salad of roasted peppers, butternut squash, and sauce piperade, followed by roast chicken breast and saffron-scented rice topped with salsa verde. Do the Finnish mythic soundscapes of Sibelius sound more enticing? Then heading to Chaya for the soy-glazed Alaskan black cod with broccolini and lotus root might be your best bet. Don’t worry about the drinking and driving issue either: complimentary shuttle service will be available!