Home Food & Drink In Defense of Instagramming Your Food 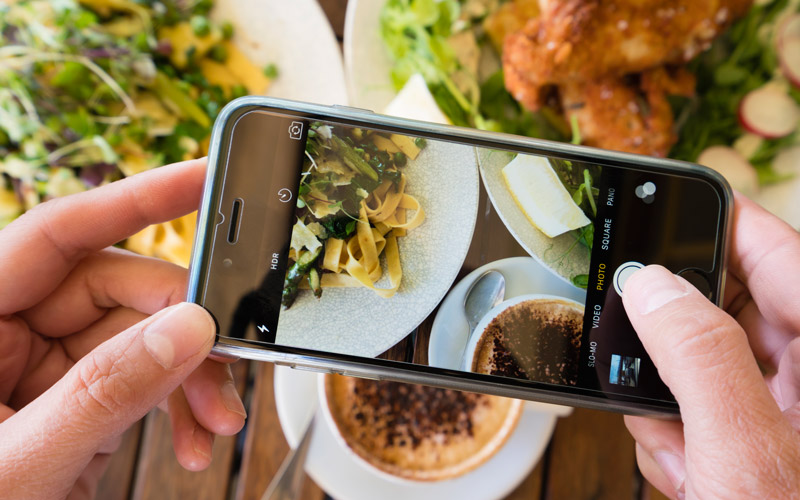 We are out for lunch, waiting patiently for our food. We are probably discussing something important—the shaky future of American democracy or maybe the Rams’ overpaying for unproved skill position players and throwing draft picks in the garbage. Either way, when the food hits the table, I will shush you, I will move my plate to the part of the restaurant with the most natural light, and I will take a picture. No amount of eye rolling will make me feel remorse. You think I am a monster. You are wrong. Foodstagramming has joined participation trophies in the pantheon of reasons millennials suck. But this obsession with images of food is actually a good thing—for everyone.

Here’s why: If you’re fixating on how appetizing your plate of baby artichokes looks, chances are you also give a damn about where they come from. Media has that kind of power. Think about what happened in the early 2000s with the Food Network. The cable channel, and its OG cast of catchphrase-slinging chefs like Emeril Lagasse and Rachael Ray, helped catapult food from a hobby for the rich to a mainstream cultural movement. Around that time, America began going through an unprecedented period of food consciousness that we’re still building on. It’s the reason that chains like McDonald’s see declining profits and fast-casual start-ups like Sweetgreen and Cava Grill—both transparent about their sourcing—are crushing it.

While there isn’t an exact one-to-one correlation between the people who watched Bobby Flay grill an espresso-rubbed rib eye and those who picket Monsanto, it’s not a huge leap to see that when people start to care about cooking, they start to care about ingredients. That leads to more accountability from producers and easier access to better food for everyone.

So how does that all add up to my obnoxiously standing on a chair to ensure the perfect overhead angle on avocado toast? People today are creating and consuming food content in the time it takes to swipe a thumb across a screen. In other words, my well-lit avo toast is the Rachael Ray of 2017, sans the Oprah endorsement and vinegar brand. Our engaging with food en masse through Instagram should, as it did through television, lead to increased awareness of our overall food system.

I’m not saying there are zero drawbacks to foodstagramming. Restaurants are now creating brightly colored, wacky hybrid dishes purely for their viral potential. But if rainbow grilled cheeses—and lunch-ruining, hashtagging jackholes like me—are the only evils of getting more people to care about food, it’s worth it.

RELATED: The 100 Most Iconic Dishes in Los Angeles