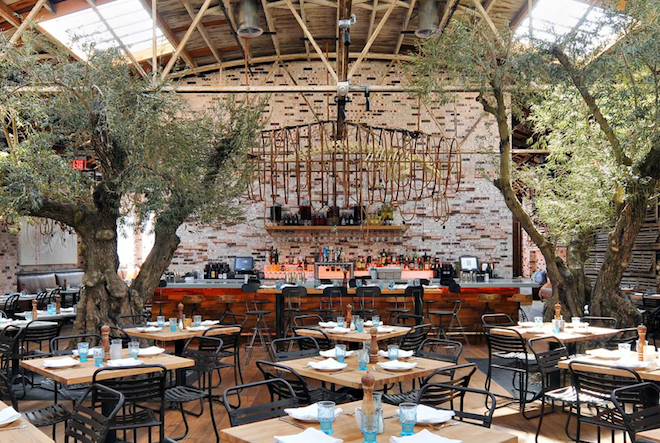 DineLA, the bi-annual restaurant week put on by Discover Los Angeles, our city’s convention and visitors’ bureau, is coming back in the new year. With over 300 restaurants participating, it looks like 2014’s first dineLA week will be bigger and better than ever. Pick from neighborhood favorites like Brunello Trattoria in Culver City or go big and snag a seat at one of several $85 fine dining tasting menus across the city.

Here are our must-tastes for dineLA 2014:

Mud Hen Tavern: Susan Feniger’s new place opened just last week, so this is a low commitment way to get a taste of the food of Feniger’s childhood memories.

Herringbone L.A.: Top Chef Brian Malarkey is expanding his San Diego-based restaurant empire into Hollywood. Herringbone is set to open at the beginning of January, so if you snag a $25 lunch prix fixe during dineLA, you’ll be one of the first to experience the place.

Allumette: Chef Miles Thompson is putting out a $45 dinner prixe fixe for dineLA. Though the restaurant’s $95 version (which includes beverage pairings) is worth the splurge, the dineLA option is a nice way to ease into Thompson’s creative cuisine.

SUGARfish: The $20 lunch special is what you want to go for—it shaves at least $15 off the regular smaller omakase experience.

The 8 Best Things to Do in L.A. This Weekend