Home Food & Drink The Most Deadly Thing In My Family’s Fridge, and Why I Keep... 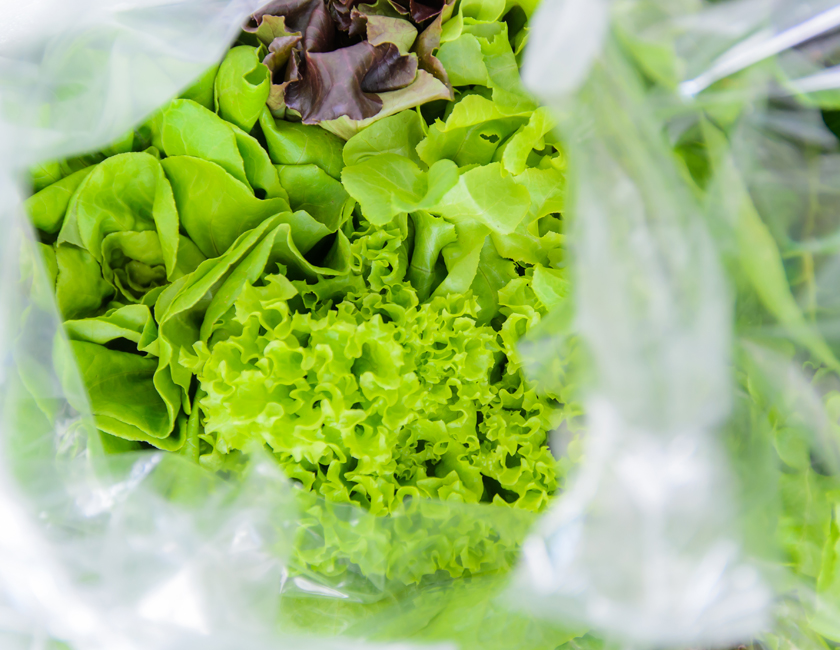 The U.S. Department of Justice announced last week that it launched a criminal investigation into Dole Food Co. over a January listeria outbreak stemming from bagged salad that killed four people in the U.S. and Canada. A government report showed that the company knew about the tainted salads more than a year before it took action to remove any of its products from store shelves. This is only the most recent in a pattern of salmonella, listeria, and E. coli outbreaks linked to bagged lettuces from numerous brands. So, why are so many of us still stocking our shelves, and our carts, with this known deadly substance?

I can tell you, because I’m one of the guilty offenders. As we speak, there’s a massive carton of baby spinach sitting in my refrigerator, a mighty fistful of which finds its way into my family’s blended smoothie each morning. I turn the leftovers into popsicles for my kid. Also in my fridge—and now that I think about it, the Tupperware salad I’m about to dig into at my desk—is some generic Spring Mix from another plastic tub. Did I mention I’m currently pregnant, a condition to which listeria can be particularly harmful? Side note: This is why in France it’s far more taboo for expectant mothers to eat salad than sip Bordeaux. And yet here I sit, happily munching forkfuls of risky maché.

Why do I do this? Especially me, a food professional, who has dutifully fed a sourdough starter for the last five years and somehow manages to make pourover coffee every day (OK most days—the Keurig was a gift, it’d be rude not to use it). Because I’m also a full-time working mom, and I pack lunches each night at the end of a long day. And because my salad spinner warped in the dishwasher a few years ago and I have yet to buy a new one (blame the working mom thing). And because, out of self-preservation, I live in a state of voluntary denial over the true risks that lie in our modern efficiency food system. It’s the same reason I have yet to click WATCH on the last few “the way we eat today is killing you” documentaries on Netflix. My apology to Michael Pollan is long overdue.

So, allow me to air my dirty laundry (or tainted lettuce leaves) and expose a few other corners I cut for the sake of sanity: I have that sourdough starter but my kid’s PBJ is on store-bought wheat. I buy those pre-cooked brown rice bowls that you just microwave to heat. Oh yeah, and I use my microwave liberally. I’m a fan of pre-shredded “Mexican” cheese. I don’t pre-soak my beans—in fact, more often than not I use canned. Rotisserie chickens are a household staple. And yes, while I do hit the farmers’ market regularly, I leave the heads of lettuce on the table and instead buy bags of the stuff that are supposedly “triple washed and ready to eat.” As I remember people saying a lot in the ‘80s, “So sue me.”

Am I secretly stashing away cartons of pre-peeled oranges? No, I haven’t gone that far. But to those who have, I’ll say what I tell all fellow parents and busy working professionals out there: Do whatever you gotta do to get ‘er done. Just, like me, be prepared to live with a mild sense of guilt (if you’re a working parent you’ve gotten pretty good at this already) and brace for the I Told You So’s should the fates not smile in your favor. Oh, and stock up on Imodium—you might need it.