Home Uncategorized Danny Bowien Coming to L.A. for Taste of the Nation 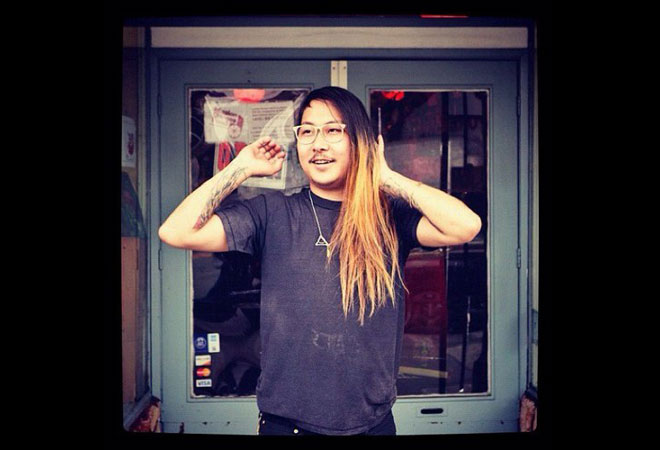 For all the Angelenos who yearn to sample the fare of Danny Bowien but can’t make a pilgrimage to either of his restaurant meccas, cheer up. The celebrated chef will be cooking in the VIP area of Taste of the Nation Los Angeles.

Bowien, who’s the favorite to win Rising Star Chef at this year’s James Beard Awards, is the dude behind Mission Chinese Food, a restaurant that he first opened as a pop-up in San Francisco’s Mission district. Serious about its food but super casual about the atmosphere, the hole-in-the-wall quickly became a favorite of savvy locals and fellow chefs. In the summer of 2012, Bowien opened an outpost of Mission Chinese Food on the Lower East Side of New York, where it has become as insanely popular as the original. The foundation of both is Bowien’s bold, irreverent, idiosyncratic, and deeply personal take on Chinese food. This is a guy who won the Pesto World Championship in Genoa, Italy back in 2008. Who knows what he’ll bring to L.A.?

The roster for the main area of Taste of the Nation is also shaping up. Steve Livigni and Pablo Moix will oversee the cocktails, while El Segundo Brewing Co., The Bruery and Beachwood BBQ & Brewing will provide the beer. As for the noshing, more than two dozen top foodie haunts have already signed on to participate. (See list below)

Taste of the Nation, which takes place on Sunday, June 9 in Culver City, is an annual fundraiser that benefits Share Our Strength. Tickets cost $110 for regular admission or $160 for VIP and 100% of ticket proceeds go directly to L.A.-area food banks.