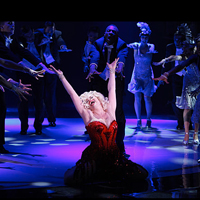 One victim of last night’s Lakers “celebriot” (…other than our pride. Seriously folks, we won—have a beer, don’t light things on fire.): The new BottleRock Downtown. According to beer manager Alex Macy, a trash can came crashing through one of the wine bar’s massive front windows last night during all the action. That’ll show ’em.

“We were right in the middle all the madness, but for the
most of the time, it was just people running around screaming. Then people about a block away started fires and tried to tip over cars. (People were even running out onto the 110?!?).

“All that stuff ended up coming down our street at some point. Someone got pulled out of his car by the crowd in front of our building but managed to get away before too long, and a car on the corner was pummeled by the mob, with people jumping up and down on it while the passengers were still in it.

“The riot police did a couple sweeps down our street (classic riot line-up) and during the last time, someone from the scattering crowd threw a trash can through our window, also knocking-down our sign. It should be fixed in the next day or two, but it shook all of us (and our customers) up.”

The crew had to stay put and protect those 800-or-so wines until maintenance arrived to board it up. Go Lakers!