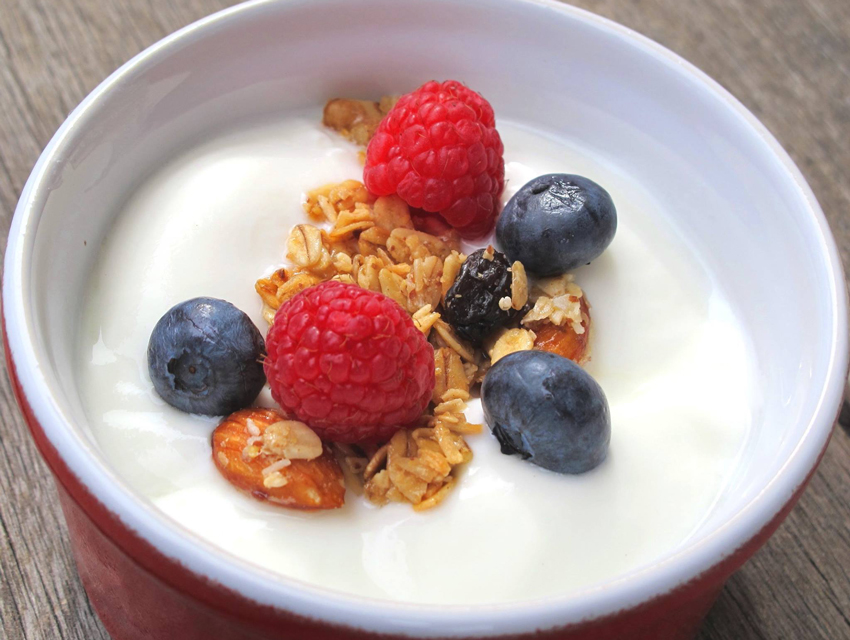 One of the last uncharted territories of the body just might be the gut. Bacteria in the body, which we tend to think of as “bad,” can be beneficial — especially when those “good” bacteria are found in the gut and intestines. And it’s not just about being able to digest your food better and, ahem, poop more easily.

A bad gut has been blamed for obesity, autism, chronic fatigue, rheumatoid arthritis, and more, and now science is exploring whether your gut and its microbes could play a role in regulating mood, an idea first put forth by professor Mark Lyte. The interest has peaked to the point where in 2007, scientists began the Human Microbiome Project to catalog and study microorganisms living in the human body.

“We really know half the head of a pin in the grand scheme of probiotic or microbe knowledge,” says Monica Ford of the SoCal-based Real Food Devotee, a company dedicated to making (and teaching others how to make) nutrient dense food, with a focus on cultured foods. “It’s kind of like a whole new world. We don’t even have names for all the ‘animals.’”

But how to have a happy gut? One of the easiest and most popular ways to get healthy bacteria, also known as probiotics, into your belly is to eat yogurt. Yogurt is high in protein and has a dose of important vitamins, the quantity of which can depend on strain but generally include calcium, riboflavin, thiamin, vitamins B-6, vitamin B-12, potassium, folic acid, and magnesium. Even some lactose intolerant people can eat yogurt as the bacterial cultures help to break down the lactose.

To help boost your immune system, yogurts should contain probiotics (the two most common to watch out for are Lactobacillus bulgarus and Streptococcus thermophiles, but there are others), so make sure to look out for the wording “ Live and Active Yogurt Cultures” on the yogurt that you purchase. You won’t be alone in that purchase as Americans are not blind to the benefits of yogurt. In 2011, we ate about a ton ( yes, 1 ton!) of yogurt per person, and that consumption is growing.

Have you looked at the dairy aisle lately? It’s stuffed silly with yogurt in containers of all kinds of shapes, styles and colors, listing weird flavors (hello, lemon chiffon) to no flavor at all. Collectively, it’s estimated that yogurt is a $7 billion a year industry.

Although we don’t often think of it this way, “Yogurt really is just soured milk or soured cream,” says Ford. And the taste comes from the bacteria strains that sour the milk. “You’re kind of selecting for the bacteria, for that taste,” she says, whether you’re at home making your own yogurt or developing a recipe for commercial yogurt.

Yogurt comes from milk, of course — in most cases cow’s milk, but goat’s milk, almond milk, coconut milk, cashew milk, even breast milk can also used — and the process to transform one to the other is incredibly simple. To make thermophilic (heat-loving) yogurt, you heat milk to kill any bacterial, cool it slightly, add yogurt or your starter culture, let it set to a desired consistency, cool it, and eat.

If you have the time to make your own yogurt, great, but what should a person look for when picking a yogurt if they’re getting it at the grocery store, as most of us are?

As well, you’ll want to avoid any unnatural “extras” in your yogurt. There’s none of the bad stuff in Tillamook Yogurt that you’ll see on other yogurt labels. That means no artificial flavors, no artificial sweeteners, and no high fructose corn syrup. The flavor of the yogurt comes from the yogurt itself, the fruit inside it, and other natural ingredients, and any sweetening comes from fruit, sugar and/or honey. Tillamook Yogurt gets its color from natural sources such as blackcurrant juice concentrate — there are no artificial dyes to be found.

For Ford, making and eating yogurt and other preserved foods is about returning to “ancestral cuisine,” or the foods of our past. “Most traditional societies had to preserve their food in some way, and if they were having dairy, they were making yogurt, making kefir, culturing it in some way was part of the way they ate to be able to keep that food without refrigeration.”

And although science is just beginning to explore the whys of how yogurt is beneficial, it seems like our ancestors were on to something.

Dairy Diaries: Making a Business Out of Mac and Cheese