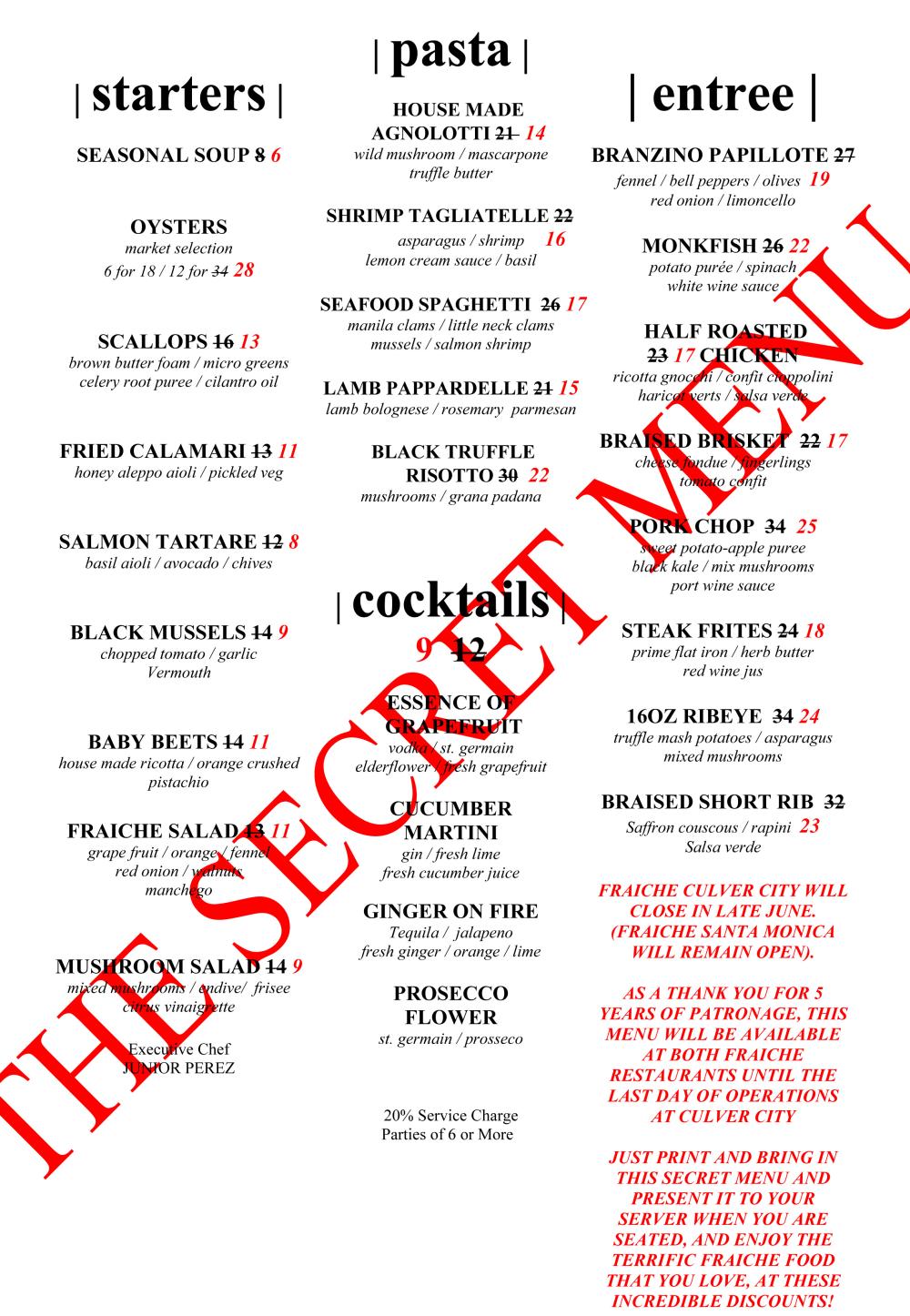 The folks behind Fraîche have officially announced that the original Culver City restaurant will close its doors in late June. The news follows months of rumors hinting as much, as well as rumblings that the gastropub Public School 612 would be taking over the space. (Note: Fraîche Santa Monica will remain open.) In the meantime, Fraîche is rewarding its longtime Culver City patrons with a “secret menu” that will be served during the restaurant’s final weeks.

What is this clandestine menu? It’s essentially a coupon. The PDF pictured here (click the image to get a full-size copy) is identical to the normal Fraîche menu in all but one way: the prices. Here, the black truffle risotto is marked down from $30 to $22. The $24 steak frites is marked down to $18, and the braised short rib entrée is discounted from $32 to $23. Cocktails are no longer $12—they’re $9. Print out the menu and show it to your server to qualify for the reduced damage.

We dig the deal, but it doesn’t cushion the blow of losing one of our favorite restaurants. Patric Kuh chose Fraîche Culver City (then the only one) as his #1 Best New Restaurant in 2007. ‘Tis the end of an era.