Home Dining The Cult of Souplantation: How a Salad Bar Became an Institution for... 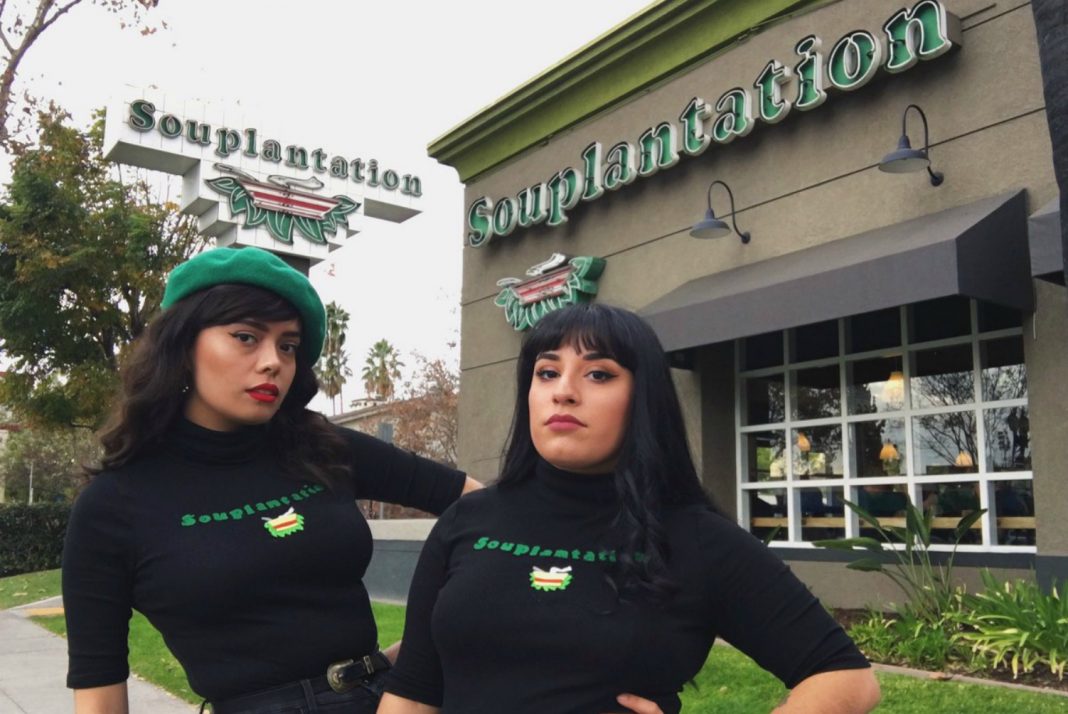 It’s a Sunday night and there’s a traffic jam along Souplantation’s massive salad bar. Ahead of me, a woman is dumping spoonfuls of ranch on crispy wonton strips. (“You do you,” seems to be the Souplantation ethos.) Others have built mountains of eggs, garbanzo beans, hot peppers, and croutons—monuments to our state’s agricultural bounty.

What’s most striking is the crowd. On many nights, the buffet chain’s Beverly Connection outpost is packed to the gills with a diverse cross-section of Angelenos, including disaffected millennials, immigrant families, and senior citizens on the hunt for a solid meal deal. Even as L.A. becomes more widely known as one of the best food cities in the country, 70,000 residents from all walks of life still flock here weekly to gorge on comfort food classics like cornbread, baked potatoes, and chicken noodle soup.

“It’s absolutely not the best salad spot,” says Molly Oswaks, a local writer. “I think we love it because it’s timeless. Everything is trying to be more modern, and on trend, and disruptive, but Souplantation is the same as it was before bigger salad chains like Sweetgreen came around.”

Me finding coupons for Souplantation. pic.twitter.com/BoCpJB5Uyi

Since its founding by a surfer in 1978, Souplantation has survived bankruptcy, an e-coli outbreak, and food-stealing customers. The restaurant is treated like a punchline on social media, but certain locations—like the one at Beverly Connection which, until recently, featured a quote from Fran Lebowitz on its walls—seem to be thriving.

“It doesn’t have a bleak Sizzler vibe,” says Bethany Cosentino, one-half of the band Best Coast. “It’s its own mood and its own thing, and the pure joy it brings me can never ever be replaced by any other salad bar—not even the Whole Foods one.”

Some still can’t get over the name. Search Twitter for “Souplantation” and the results are a mix of pop culture GIFs and bafflement that a restaurant in 2019 would want to associate boiling liquids and broccoli dishes with the history of slavery. (Throughout most of the country, the chain is called Sweet Tomatoes.)

How the hell did Souplantation get named? They sat in a conference room and were like, "Okay, we need a name that explains that we have a shitload of soup, but also reminds everyone of slavery."

But the historical connotation of the unfortunate portmanteau doesn’t seem to register in the headspace of those who grew up with the chain. Yasi Salek, a writer in Silver Lake, admits the name is indefensible but says she’s drawn back again and again out of nostalgia and an overwhelming love for buffets.

“Immigrants love Souplantation because it’s a great deal and also probably because it’s so American,” she says. As a kid, she’d visit the Torrance and Beverly Connection outposts with her extended Iranian family. ”We still go in a huge group with aunts, uncles and cousins every few months,” she says.

Salek’s mother (like the mothers of many folks I interviewed) had a habit of placing the restaurant’s iconic blueberry muffins in her purse, which her daughter, naturally, found embarrassing. “Although today I can see the appeal, especially with the gluten-friendly muffins,” she adds.

Tasbeeh Herwees grew up going to the Torrance restaurant with her Libyan family. “What made Souplantation really accessible to my parents is that the food is really inoffensive — there are no crazy weird spices, it was just very American food my mom would never make at home,” she says. “It was almost a little bit exotic.”

The Herwees family was lured to the buffet by its promise of healthy eating, but would leave so stuffed they couldn’t move. “We never left Souplantation feeling content; we felt sick at the end. And that felt like an important part of the experience.”

Another big part of the Souplantation adventure, patrons agree, is coming up with truly bonkers food combos. Herwees still loves to “doctor up” her mac and cheese with extra cheddar from the hot potato bar and red pepper flakes for extra spice. Salek prefers to pile her plate with three-fourths hard boiled eggs, one-fourth pickles and peppers.

Others are even more inventive. Salek remembers seeing a man eating alone with a row of ten soups, and once witnessed a woman fill a bowl with cherry tomatoes only to pour hot water on them—perhaps to make her own soup.

me @ the buffet at the old Souplantation in Brentwood on San Vicente https://t.co/wuuMCAFYAY

Despite the undeniable freedom, some still have a hard time admitting they go to the classic buffet on a regular basis. “I don’t feel embarrassed about it necessarily, but I would never tell someone I’ve just met that I frequent the place,” says Ian T McFarland, an L.A.-based editor. “Even with my good friends, I’ll think for a second before mentioning the place. My girlfriend teases me about going to there so often.”

A friend from Brentwood, who insisted she not be named, said she has fond memories of eating at the buffet chain, but would be embarrassed to be seen there today. Sometimes, she especially craves the tuna tarragon salad, a dish she describes as “disgusting” but also loves to eat. “It has a mysterious appeal to me…it’s something that doesn’t make any sense,” she says.

Joan’s Broccoli Madness is another controversial speciality. The bacon-flecked salad is so popular that it’s sold at Costco, although no one I spoke with copped to liking it.

Others have denigrated the fettuccini. “The pastas are so bland, it’s egregious. It was subtracting flavor from my mouth. How dare they call it four cheese,” quipped a guest on Doughboys, a comedy podcast dedicated to reviewing chain restaurants.

But even when the food at Souplantation is aggressively mediocre, the restaurant’s hypnotic pull is not so difficult to understand: faced with a tyranny of choices in L.A., sometimes chicken noodle soup and focaccia bread are just what the body craves. And the promise of unlimited salad—unlike the meatier buffets around town—continues to bring health-conscious customers, even if they end up stuffing their faces with brownies. Or, as Salek puts it: “It’s a buffet disguised as health food so you feel OK about partying there.”

Where else would we be, honestly? @souplantation pic.twitter.com/PXCFxe9sMZ

You Should Be Wearing Smiley Faces

The Era’s Most Prized Possessions