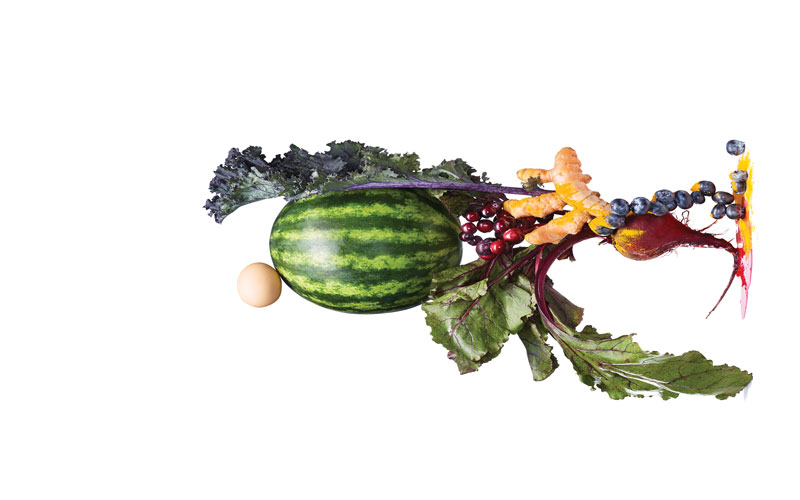 I’d like to think that I am pretty well acquainted with food in L.A. I’ve devoted a career to writing about it and almost half my life to surviving on it. Then I had lunch with a friend of mine, a restaurant writer from the South. Sitting at the counter at République, alternating between bites of congee and a griddled cubano sandwich, he asked, “What is L.A. food?” I’ve spent the last two months thinking about the answer.

American cities are often melting pots; no one food style defines New York, say, or Boston. Still, if you mention a sidewalk hot dog, people instantly think of Manhattan. Chowder? Beantown is the clear progenitor. Cheesesteaks may not be the only thing people eat in Philly, but they pretty handily sum up the city. Los Angeles?

We kind of invented fast food and popularized sushi in America, but they’re not emblematic. We have fantastic Chinese food. So does Vancouver. You’ll find some of the best Mexican food in the United States here, but can I say it defines L.A.? Close, but not quite.

I think we define L.A. food by broader themes, like produce. No metropolitan area of our size—not even the quilt of burgs up north—has the stuff we do. There are busy community gardens such as the one near the Crenshaw on-ramp. Backyards are thick with avocados and lemons and the like. At a recent party I was asking the hostess about the herb hoja santa in her cooking, and she disappeared down a garden path, reappearing with two wide green leaves from her tree as a visual aid. A ways before you reach Santa Barbara on the 101, you descend the Oxnard grade into the greatest strawberry fields in the country.

Move to L.A. and the expectation of being well provisioned by the environment becomes an instant birthright. The same principle applies to the almost wanton variety of cuisines that the city serves up. Our freeways and six-lane avenues amount to arteries of accessibility for the curious eater, allowing for the relatively easy flow from pescado zeran-deado at Coni’Seafood in Inglewood (the tuba-backed banda outfits tend to play on Sunday afternoons) to pajeon, a shrimp-laden pancake at K-Town’s Kobawoo House. Too much congestion? Try going from the East Village to the Korean food gems New Yorkers rave about in Bergen County, New Jersey, and then talk to me about traffic.

That many of us do brave the traffic for a morsel that has been prepared just so speaks to the other defining characteristic of L.A. food: specificity. When you’ve got people from all over the world looking to chew on an authentic taste of home, there’s no messing around. Have you seen how shoppers point at the precise chicharrón rind they want at La Amapola Market on Compton Avenue? Or the line of discerning Vietnamese customers outside Golden Deli in the San Gabriel Valley? Or—well, you can probably think of plenty of your own examples.

L.A. isn’t the only big city with range; it’s just got more of it than most. You grasp that in the unforced fluency with which our chefs cook, melding ingredients and techniques that are laden with conviction, heritage, and memories they draw from the city. That’s what keeps us going out. I’m heading to a pop-up this Sunday at Baroo. I hope to taste L.A. there.