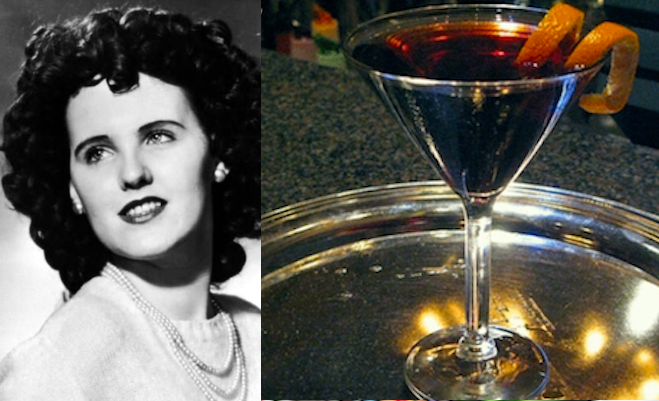 Whatever you do, don’t do a Google image search of “Elizabeth Short.” The 22-year-old Hollywood hopeful was last seen in the lobby of The Millennium Biltmore Hotel downtown in 1947. A week later, a child found Short’s body, cut in half at the waist, strewn near the corner of South Norton and 39th Street. In addition to being divided in two, the body was mutilated almost beyond recognition.

The crime is among L.A.’s most gruesome, and was never solved. Honoring Short’s memory, the Biltmore Hotel serves a drink called The Black Dahlia at its lobby bar. The drink takes its name from the nickname newspapers used in reference to Short’s case at the time. Like the flower of the same name, the drink is opaque black with a purple tinge. As murky as the details of her murder, it’s also deceptively sweet, with a sharp edge.

From the magazine: Crime in L.A.