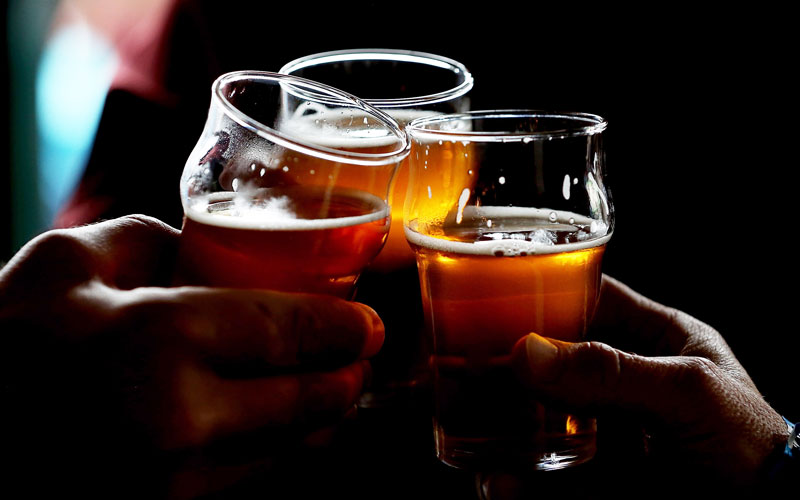 While Torrance and downtown garner most of L.A.’s beer buzz, the San Fernando Valley has quietly been turning itself into a craft brew destination, with a dozen or so small and independent breweries opening across the region’s 34 neighborhoods.

From hops-obsessed cubbyholes to sprawling taprooms with a view, here are highlights from the SFV’s suds scene.

Every neighborhood should have this kind of casual hang, with space to stretch out in the large tasting room and a beer for every preference—from the hoppy Wolfskill IPA to the refreshing Sonora Wheat. 425 Park Ave, San Fernando, CA 91340.

Just past the boundaries of the SFV, Agoura Hills’ female-run brewpub is an essential outpost. Make the drive for the Belgian-style and barrel-aged brews and stay for the views of the rugged countryside from the patio. 29281 Agoura Rd, Agoura Hills, CA 91301.

Brewyard is a hit in the East Valley for inventive brews that blur the line between ale and lager. Wary of dark beers? The light-on-the-palate Black Sunrise might change your mind. 906 Western Ave, Glendale, CA 91201.

Originally an L.A. bastion of British beer, MacLeod now makes Austrian-style lagers and hops-heavy American brews, too. You can still get its beloved British ales in the taproom, dispensed via hand pump at the slightly warmer cellar temperature to emphasize their round, fruity flavors. 14741 Calvert St, Van Nuys, CA 91411.

Tart, sour, and funky, the offerings from this husband-and-wife team are fermented in oak barrels, and many are refermented with local citrus, cherimoya, and other fruit. Tap selections rotate in the small tasting room, which is open sporadically. 16745 Schoenborn St, North Hills, CA 91343.

This months-old brewery is developing a varied slate of beers, but the early focus has been on hops. You can get burritos delivered from nearby sister restaurant Market City Caffe to pair with your IPAs. Easy-drinking Wax Wing could be the go-to beer at backyard barbecues this summer. 156 W Verdugo Ave, Burbank, CA 91502.