Home Dining The Most Delicious Coffee in L.A. That No One Is Writing About 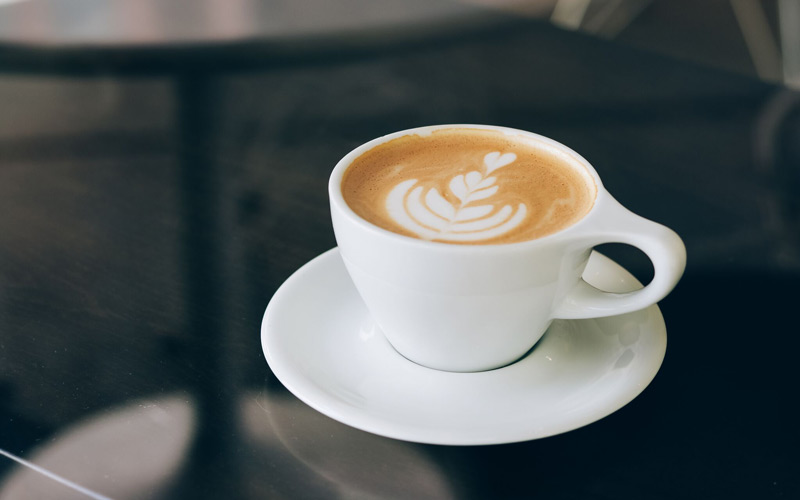 Some coffee drinks compel you to share them. You take a sip. Ohhhhh, that’s good. “You have to try this,” you say. And it’s not a conscious decision. You share before thinking. Because you are no longer in control. The coffee is. It is in charge now. Unlike any of us, it has integrity, and the universe favors that which cannot be divided against itself.

This is how it is to savor the Spanish Cortado from C+M at LACMA. “Here,” you will say to a man who came to the museum to lose himself in John McLaughlin’s abstract paintings and is wondering why a stranger is waving coffee at him, “you have to try this.” The C+M cortado is comprised of double-espresso, condensed milk, cinnamon, and Straus milk. It can be found on the seasonal winter/fall menu, as it should be, because optimal consumption occurs at 53 degrees, breath barely visible, with light drizzle.

The cortado is a Spanish creation, from Basque country, and it’s a relative newcomer to the states. It is typically made with equal parts espresso and steamed milk. The milk dulls the bite of the espresso, which is where the cortado gets its name. Cortado is the past participle of the Spanish word for “cut.”

RELATED: Is This the Worst Coffee Shop in L.A.?

The hero in the C+M cortado is the cinnamon, which manages not to punch the drinker in the face with its cinnamon-ness. It’s less “Whoa, cinnamon!” and more “Hey, is that cinnamon?” (“Hey, is that cinnamon?” is always the proper amount of cinnamon.) If you purchase one—and you should, before it shuffles off the seasonal menu—you may notice that it smells like it might, maybe, could have a wee bit of booze in it. It does not. Unless you’re making aftermarket modifications. Which you absolutely should not be doing in a museum coffee shop. To a flawless drink.