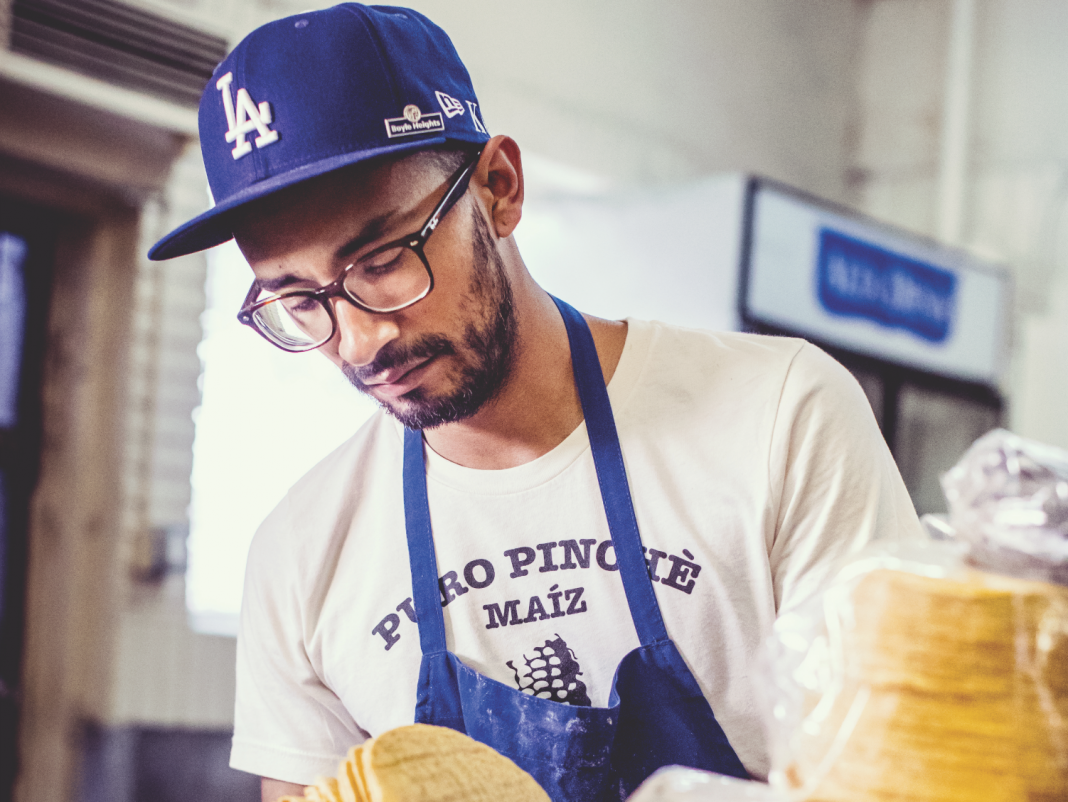 The secret to great tortillas is great masa, but what’s the secret to great masa? Nixtamalization. The ancient Mesoamerican technique transforms hard-to-digest corn kernels into a nutritious (and delicious) staple grain. Since mass-produced masa is often made with low-quality corn and preservatives, some local artisans boost quality with pure ingredients and nixtamalization. We spoke to Ricardo “Rick” Ortega, co-owner of Kernel of Truth Organics in Boyle Heights, L.A.’s first exclusively organic tortillería, to understand what makes the process so crucial.

Step 1: Go to the source

Ortega gets dried organic corn from Nebraska and Illinois; depending on customer requests, he’ll use white corn, one of two varieties of yellow corn, or antioxidant-rich blue corn. “We work with American-grown corn versus Mexican-grown,” he says. “That allows for better tracing of the soil or any possible contaminants.” 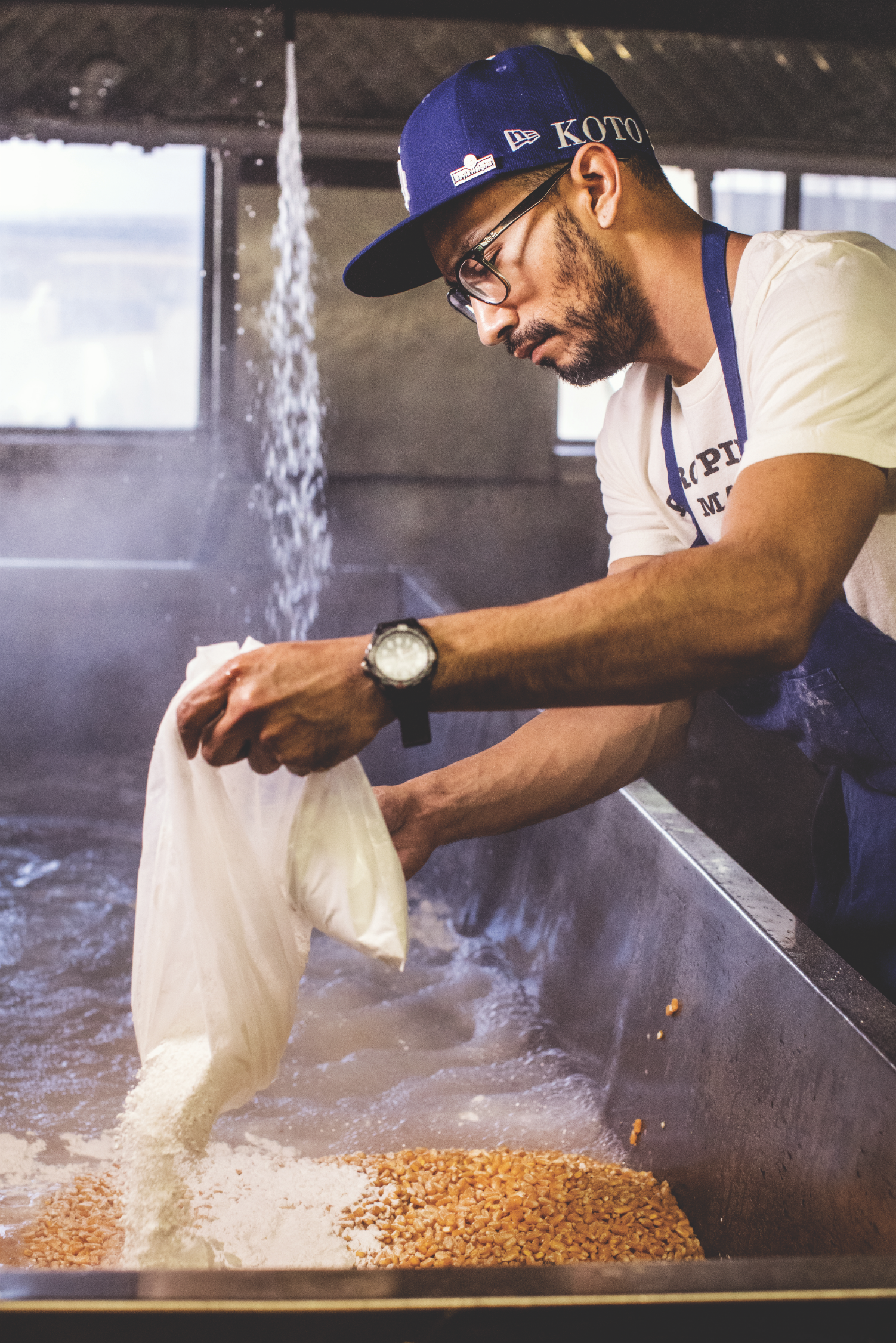 The kernels are placed in vats, which have a daily capacity of some 10,000 pounds of corn, along with water and calcium hydroxide (know as cal, or slaked lime). “The cal allows the nutrients to be released and allows the water to come into the kernels,” Ortega says. White and yellow varieties are steeped in an acidic environment; blue corn gets a gentler soak.

The corn is brought to a near boil, with the cal turning the water a yellowish brown and a faint roasting smell filling the air (the heat in the factory can creep up to 150 degrees, making the place feel like a giant sauna). After the vats are cooled—a lower temperature results in more controllable masa—the corn is left to soak overnight.

Having steeped for up to 24 hours, the corn is now officially nixtamal. The softened kernels are rinsed to remove their outer skins, a process Ortega refers

to as “de-shelling.” The nixtamal is then loaded into a mechanized molino, or large volcanic-stone grinder, that turns the nixtamal into masa—a pliable dough flecked with remnants of the original corn.

The masa is pressed and cut to size, then the tortillas are put through an oven to cook. “Maybe the client wants it a little less cooked, so you lower the temperature, which gives you a squishier tortilla,” Ortega explains. Once cooled, the tortillas are packaged and delivered three times a week to restaurants like Guerrilla Tacos, Gracias Madre, and HomeState.

RELATED: Every Taco at HomeState, Ranked