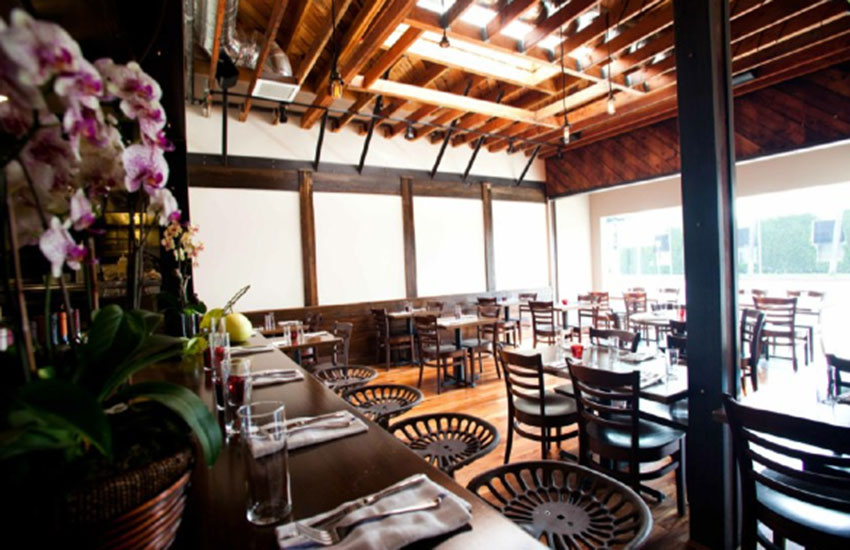 It’s with mixed feelings that we announce the closure of a restaurant that, just three years ago, we hailed as the number one Best New Restaurant. Claudio and Adria Blotta along with partner Don Dickman have announced that they will close Cooks County on November 29. The owners, who also run Silver Lake’s Barbrix and Atwater Village’s All’Acqua, will repurpose the space into a new concept called Market Provisions, which, according to Adria, will feature “a market inspired, small plates menu with cheese and charcuterie selections, raw bar, as well as some familiar classics.”

From the outside, it seemed like Cooks County never quite found its footing after the loss of its star opening chef duo, Daniel Mattern and Roxana Jullapat, last December. New executive chef Trevor Rocco has been doing some very fine work, but seems like the restaurant wasn’t able to fully regain its momentum. In 2012, restaurant critic Patric Kuh declared Cooks County to be the year’s best new arrival. “Finding inspiration in the tight swirl of cabbage, the dimple of a carrot, and the fuzz of a peach,” Kuh wrote, “chef Daniel Mattern has an almost euphoric appreciation for what the soil can give forth. … It’s a barnyard-spare space where veggies are as much the stars as heritage breeds or line-caught fish.”

That, too, may be a reason to switch out concepts.  Cooks County’s once novel affinity for produce—often giving vegetables top billing over a dish’s protein—is now wonderfully commonplace. When half the joints in town are offering some variation on spiced Weiser Family Farm carrots, perhaps it’s time for a new hook. So, channeling de-cluttering guru Marie Kondo, we’ll take a moment to thank Cooks County for its service, and then we’ll let it go.

There’s no official word on when we can expect Market Provisions to open in the light-filled, Beverly Boulevard cubby, but we do know that chef Dickman will be running the kitchen. You can still grab one last meal—a bottomless mimosa brunch, perhaps, or a Fried Chicken Monday—at the place Kuh gave a rare four stars through the end of the month.

Thanksgiving Cheats: Where to Pre-Order the Best Gourmet Pies and Sides