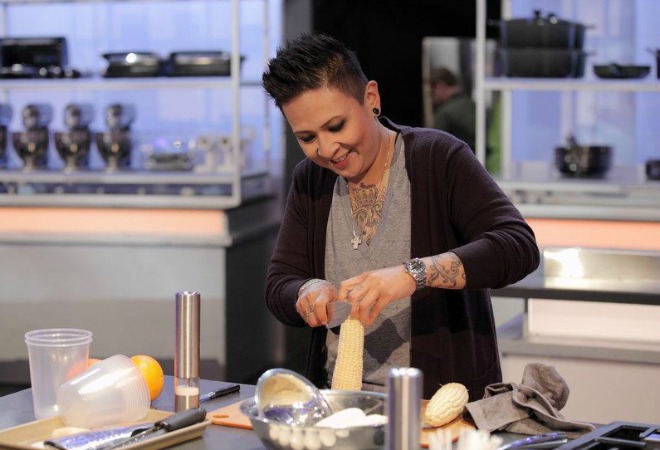 The first season of ABC’s The Taste had its finale last week, and local girl and Team Malarkey member Khristianne Uy emerged the victor. With a background in personal cheffing for celebs, we asked Uy to dish on the demands of cooking for oh, CHARLIE SHEEN. Here, she talks about her craziest moments on the job, spills behind-the-scenes secrets from the show, and shares how she made Anthony Bourdain feel like a slut on national TV.

LAMAG: What are the challenges of being a personal chef for such particular celebrities?
Khristianne Uy: Some of them are: always keeping your schedule open for last minute requests and events, being able to cater to the high demands such as the constant change of guest count and last minute menu changes. But my motto in the kitchen is never say no, so whatever requests—however extravagant they are—I’ll make sure to make it happen.  I believe that my experiences as a private chef helped on the show tremendously because I’m always used to being under pressure.

What’s been your craziest moment as a personal chef?
The craziest has to be getting a call from Charlie Sheen’s assistant (prior to working for him) around 3 p.m. asking me to cook dinner for 30 guests by 7 p.m. that same day! By the time I got all the supplies and ingredients, it was 4:45 p.m. Still, I cooked a four-course meal for him and his guests. He was so impressed that I’ve worked for him ever since.

Who do you think was the toughest judge? Why?
Anthony Bourdain, for sure. He was the hardest palate to please, because his tastes are so diverse. Also, he was unpredictable. I thought it was impossible to get a gold star from him, but then he gave me one for the seduction challenge and said, “I’m a big nasty slut—take me home now.”

Who was secretly the nice judge?
Ludo [Lefebvre] was always very pleasant with me. I think he wishes he would have picked me to be on his team.

What’s it like standing in that weird little box while they judge your  food?
Horrible. With all the anxiety from hearing what the mentors would say about the food, it felt like I was there for hours, even if it was only minutes. It’s very claustrophobic because you can literally hear your heart beat out of your chest.