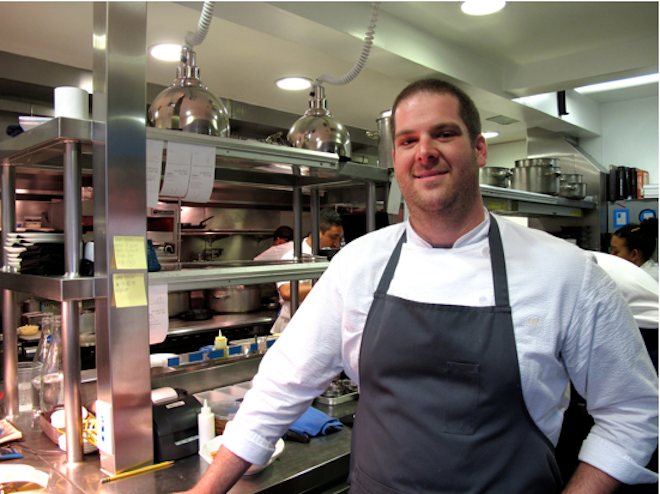 Downtown: Speaking of Grand Central Market, word just in that chef Micah Wexler is back on the scene. After his Mediterranean restaurant Mezze shuttered last year, we heard almost nothing about the chef’s whereabouts. As of next February, that will change with the opening of Wexler’s Deli. In partnership with Mike Kassar and David Sanfield, Wexler’s Deli will serve house-cured pastrami, corned beef, salmon, and sturgeon. Freshly baked bagels and bread, hand-packed pickles, and house-made condiments round out the offerings. “Wexler’s Deli isn’t about reinventing the deli, it’s about bringing it back to its roots,” says Wexler in a release. » 317 S. Broadway, Downtown.

West Hollywood: Another day, another juice shop. This time, Burbank-based Orchard Flats is expanding with a new shop near Mid-City on Melrose. Naturally, freshly pressed juices will be on offer, in addition to a few cleanse regimens. Orchard Flats on Melrose is expected to open later this year. » 8008 Melrose Ave., West Hollywood.

Melrose: Perfecto Rocher, who we last saw at Lazy Ox downtown, has just signed on as chef of a new concept from Umami master Adam Fleischman and partners Stephen Gelber and Jason Berkowitz. Smoke.oil.salt is taking over the old Angeli Caffe space on Melrose near Poinsettia. The Spanish concept will let Rocher stretch his Iberian influences with suckling pig, fideua, and grilled seafood. Fleischman & Co. promise 500 wines by the bottle (and many by the glass) in addition to sangria, Sherry, and cider. » 7274 Melrose Ave., Hollywood.