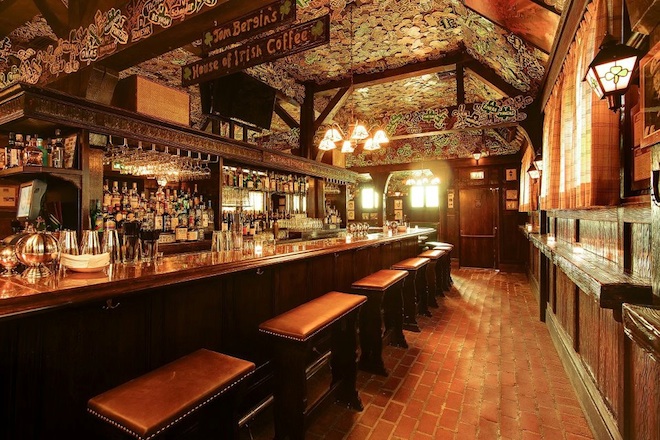 We’ve already spent some time mourning the restaurants we lost this year. But there are plenty that are still going strong, despite hardship. Here are the ones that almost closed for good—and when they came back from the dead.

TiGeorge’s: Though the food is some of L.A. best (and only) Haitian, inconsistent business has forced owner Georges LaGuerre to threaten to close more than once. This past January was the last time we thought we’d be missing LaGuerre’s burnished chicken. By February, TiGeorge’s was back and the same as ever. » 307 Glendale Blvd., Westlake, 213-353-9994.

Henry’s Tacos: In December of 2012, after 50 years, Henry’s Tacos was in need of financial support. The neighborhood and long time fans rallied and Henry’s Tacos found another location on the same street in Studio City. It’s been open since April. » 4389 Tujunga Ave., Studio City, 818-769-0343.

Twin Palms: The Pasadena-based restaurant closed back in 2009, but management reimaginged the restaurant as slightly more upscale and reopened it with former Drago Centro chef Michael Neflas this past June. » 101 W. Green St., Pasadena, 626-577-4555 or twinpalmsrl.com.

A.O.C.: Suzanne Goin and Caroline Styne’s small plates mainstay on West Third closed in it’s tenth year only to reopen several blocks away. The bigger space and refreshed menu were exactly what the place needed. The food and wine is as good as ever.  » 8700 W. 3rd St., Beverly Grove, 310-859-9859 or aocwinebar.com.

Tom Bergin’s: Last year, Brandon Boudet and Warner Ebbink (Little Dom’s, Dominick’s) put an untold sum into rebuilding and refurbishing Tom Bergin’s. It hadn’t been updated since the ‘70s. But business lagged under Boudet and Ebbink’s tenure and they closed up shop and put the place up for sale in July. On January 4, the restaurant re-opens under new owner Derek Schreck. » 840 S. Fairfax Ave., Miracle Mile, 323-936-7151.

Valentino: Pierro Selvaggio put his 40-plus-year-old Valentino up for sale in May, though he had no plans to cease operations. By August, Selvaggio had changed his mind and relaunched Valentino. The Santa Monica mainstay is still going strong. » 3115 Pico Blvd., Santa Monica, 310-829-4313 or valentinosantamonica.com.