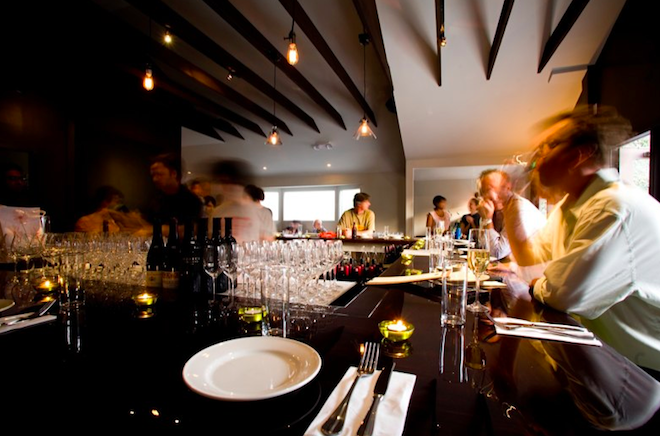 Adria Tennor and her husband Claudio Blotta, who own Barbrix and Cook’s County, are in the process of building out a new restaurant in Atwater Village.  Osvaldo Maiozzi, who most recently designed Republique and Playa (which is now Petty Cash), is behind the space’s design. Blotta describes the new restaurant’s interior as “modern, but comfortable.” A patio will be added to the side of the restaurant, and it will be “full of light.” As the couple are taking over the former Acapulco Cantina on Glendale, there is much construction to be done. The restaurant won’t take reservations until next spring at the soonest. Don Dickman, the executive chef at Barbrix, is taking on the menu at the new spot, which will be Italian. “I don’t know if you know,” explains Tennor, “but Don has been doing these Thursday night pasta nights [at Barbrix] and his pastas are just amazing. So good.” Due to the size of Barbrix’s kitchen (it’s tiny), Dickman has alternated between making his pasta by hand and using dried pasta from Italy. Both will be featured at the new restaurant, which is as of now still unnamed.

“We’re excited that we’re going to have a wood-burning grill in the kitchen and a wood-burning pizza oven, which will be the focal point of the restaurant,” says Blotta. Pizza, pasta, and grilled meats and fish will fill up the menu for lunch and dinner. For the first time since he was at Campanile, Blotta will have a full bar to manage here. “We’re talking to a few bartenders now about doing the cocktail list, but I’ll take care of the wine, of course, because it’s what I do,” says Blotta.

Why Atwater Village Is an L.A. Neighborhood with a Vibe All Its Own