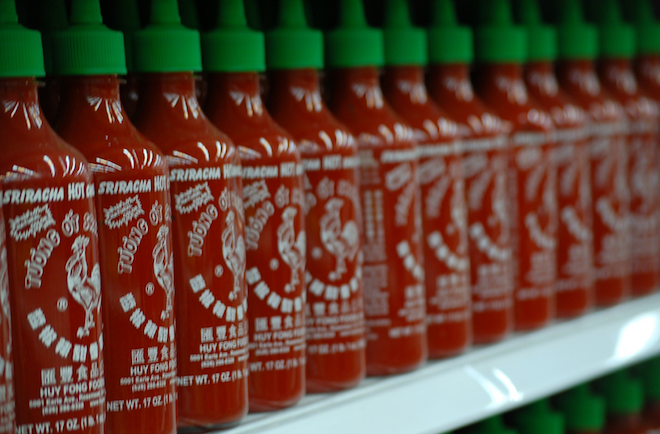 Photograph courtesy of the Memphis CVB

On Monday, the city of Irwindale sued Huy Fong Foods, the makers of the cult-favorite sauce Sriracha. The suit followed claims from city residents that the scent of spices and roasted peppers was wafting into the air around the factory. The Associated Press reports that complaints ranged from “burning eyes and irritated throats” to “headaches.”

Fortunately for Sriracha fans and Huy Fong Foods, the legal claim that the scent of spicy ground peppers was a public nuisance and in violation of municipal code was rejected this afternoon by Los Angeles Superior Court Judge Robert O’Brien. The factory will not be shut down today. “You’re asking for a very radical order on 24-hour notice,” O’Brien told city attorney June Ailin.

A hearing has been scheduled for November 22. Until then, Huy Fong Foods and owner David Tran will continue Sriracha production. Though Tran did not immediately respond to our request for a comment, Huy Fong Foods told the Associated Press today that they were “cooperating with the city to reduce the smell,” but would not be installing the city’s suggested filtration system at a cost of $600,000. Instead, they are looking into alternatives and doing their best to contain the smell.

Meanwhile, Sriracha Cookbook author (and Los Angeles magazine contributor) Randy Clemens told Take Part this week that he recalls smelling the spicy peppers on his way to the Rosemead-based Sriracha plant. But in Irwindale? “I didn’t notice any smell at all outside,” says Clemens.

When Sriracha Is Made, A Different Kind of Fire Season Comes to L.A. [Take Part]