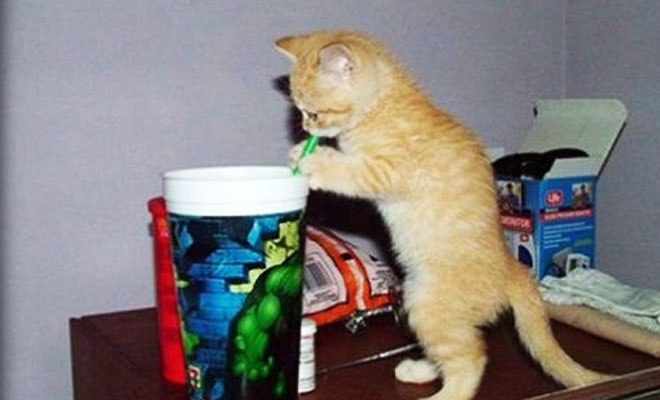 Big Gulpers in the Big Apple have a reason to celebrate today, as a New York City judge has blocked Mayor Bloomberg’s ban on supersized sugary drinks—including soda. New York Supreme Court Judge Milton Tingling made the call a mere 24 hours before regulations would have gone into effect on March 12.

The ban, which was approved last year by the city board of health, would have restricted restaurants and mobile eateries (though oddly, not convenience stores) from selling sugar-loaded drinks larger than 16-ounces.

According to the Wall Street Journal: “Judge Tingling noted that the incoming sugary drink regime was ‘fraught with arbitrary and capricious consequences’ that would be difficult to enforce with consistency ‘even within a particular city block, much less the city as a whole.’ … Judge Tingling found the Board of Health’s mission is to protect New Yorkers by providing regulations that protect against diseases. Those powers, he argued, don’t include the authority to ‘limit or ban a legal item under the guise of ‘controlling chronic disease.’ “

New Yorkers are no doubt breathing a bubbly burp of relief—just a few hours ago New York Magazine’s Adam Platt was telling readers how to brace for the ban’s impact. But this doesn’t mean we couldn’t see something similar take effect here in L.A. Back in June, L.A. City Councilman Mitch Englander proposed a ban on sodas at public parks and libraries.