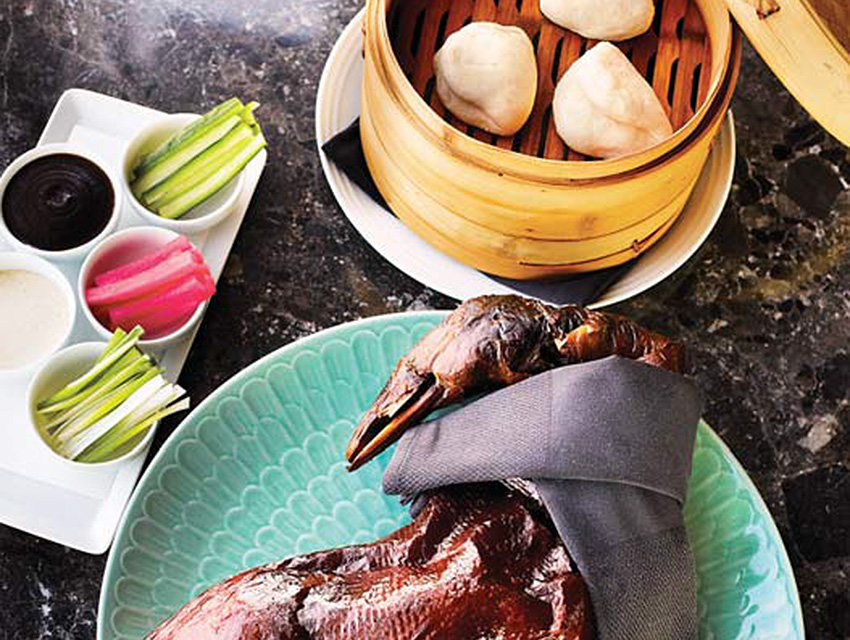 It’s been asked a thousand times, even by us: Can you find great, authentic regional Chinese food outside the San Gabriel Valley? The answer is hard to hear and not altogether PC, but here it is: No. Honestly—we looked. There are lovely enough spots boasting satisfying versions of mu shu pork and maybe even a dumpling or two, but for Chinese cuisine in its purest form, the eastbound 10 beckons. Still, plenty of restaurants west of the 710 can provide a delicious introduction to some bona fide flavors. The Peking duck at Wolfgang Puck’s WP24 (900 W. Olympic Blvd., downtown, 213-743-8824) is genuine, made using a labor-intensive, three-day process that’s rarely undertaken even in the most traditional kitchen. It’s carved tableside and served with a five-star view of downtown. Philippe Los Angeles (8284 Melrose Ave., L.A., 323-951-1100) touts its Peking duck as well, and like Mr Chow nearby, the chefs hand-pull their noodles and serve them in a rich pork sauce. The spicy (and addictive) chicken pops at Sang Yoon’s sleek new Lukshon (3239 Helms Ave., Culver City, 310-202-6808) will give you a good sense of the palate-paralyzing power of Szechuan peppercorns, as will the peanutty dan dan noodles. Chi Dynasty (12229 Ventura Blvd., Studio City, 818-753-5300; 1813 Hillhurst Ave., Los Feliz, 323-667-3388) is known for its version of an L.A.-born standard, the modern Chinese chicken salad, but the kitchen’s kung pao preparations aren’t far from those at some Szechuan haunts in Monterey Park. Another Puck enterprise, Chinois on Main (2709 Main St., Santa Monica, 310-392-9025), revolutionized Asian fusion in the ’80s and still wows with its whole sizzling catfish and Szechuan pancakes with crispy duck and mushrooms. Pasadena is just at the edge of the San Gabriel Valley, and its resident Chinese master chef makes sure that’s evident at his eponymous Yujean Kang’s (67 N. Raymond Ave., Pasadena, 626-585-0855). Kang’s Szechuan-style crispy beef, tea-smoked duck, and Ants on Tree—a classic noodle dish dappled with black sesame seeds—are the real things.