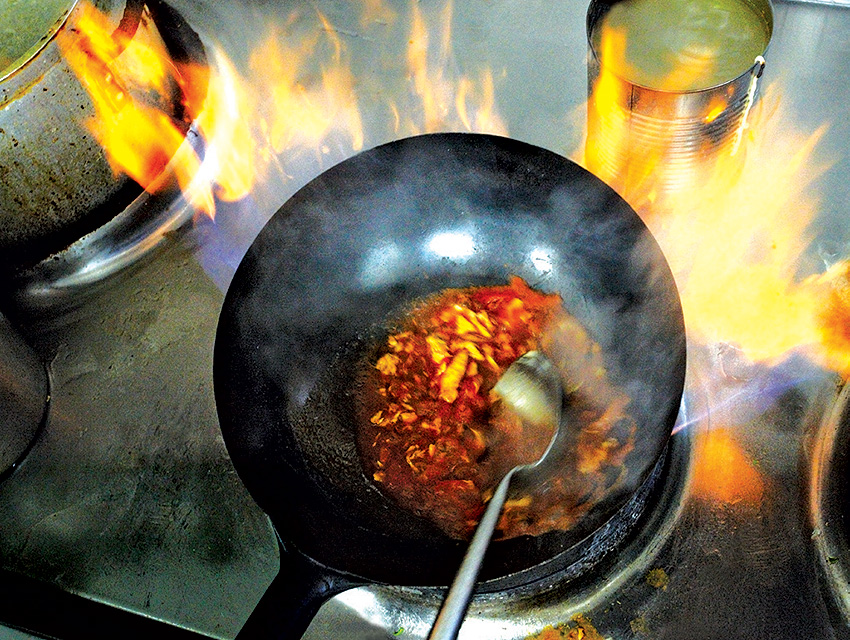 Liquid Center
Be careful biting into a Shanghai soup dumpling. Along with the ground pork filling is some steamy broth.
Where: Mei Long Village, 301 W. Valley Blvd., Ste. 112, San Gabriel.

Do-It-Yourself
Whether the Mongolian hot pot hails from the central Asian region is debatable. But there’s no question that cooking raw meats and veggies in boiling liquid is as much entertainment as it is a meal.
Where: Little Sheep Mongolian Hot Pot, 1655 S. Azusa Ave., Hacienda Heights.

Rockin’ Roll
Thin strips of flank steak join scallion and a smear of hoisin sauce for the beef roll, a cold appetizer that resembles a burrito.
Where: Michelle’s Pancake House.