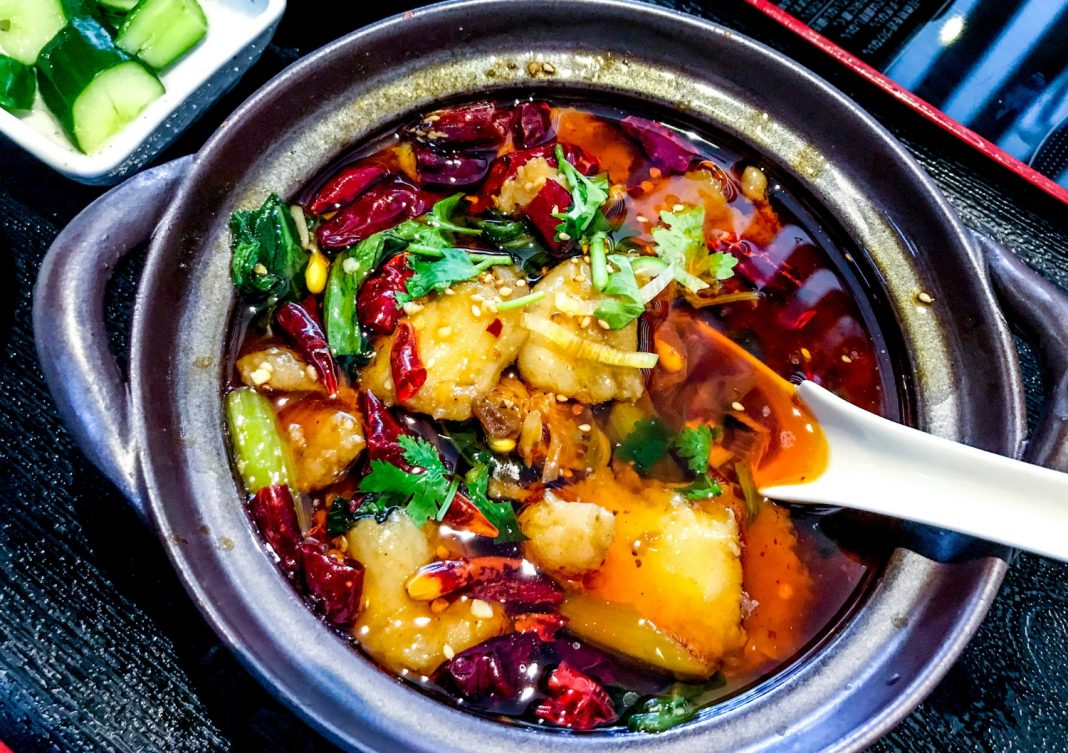 When David R. Chan was profiled by the Los Angeles Times in 2013, he had been to over 6,297 Chinese restaurants around the world, many of them in Southern California. Since 1988, the local lawyer has used an Excel spreadsheet to meticulously track every Chinese eatery in which he’s dined. As of our August 2018 conversation, the septuagenarian’s running total was at a whopping 7,381 restaurants.

Chan doesn’t consider himself an expert on Chinese food, but a collector of sorts. Nevertheless, the third-generation Chinese-American has a historian’s eye for the Chinese culinary scene, tracing the impact of demographics over time. I sat down with Chan to track the shifts in L.A.’s Chinese food landscape over the past five years.

Mainland Chinese immigration has considerably shifted the Southern California landscape in this decade alone. How has that impacted the Chinese food scene?

The mainlanders coming in have changed everything. What very few people realize is that the Chinese who came during the Gold Rush and first 100 years after that were almost all Cantonese Toisan, and came from rural agricultural areas outside of Canton and Guangdong. Not only was the food Toisanese food, but it was Toisanese food adapted for the United States.

Because the U.S. and China were not friendly, there was still no mainland influence until the 1970s. …The Chinese economy back then was Beijing and Shanghai and Guangzhou. A few places were vibrant and everything else was not.

If you look at the story I wrote in 2012 [a ranking of the top 10 Chinese restaurants in the U.S.], eight were Cantonese. That was only six years ago. In the last five years it’s really flipped, where only 10 percent of new restaurants opening are Cantonese. Given that Cantonese food was dominant through the 19th and 20th centuries, that’s a massive shift.

And where in Southern California has this shift towards mainland food been concentrated?

The change occurred when you saw mainlanders show up in places like Arcadia and the east [San Gabriel Valley]. That’s where you saw the first concentration of non-Cantonese restaurants. Even two to three years ago there wasn’t much mainland food in Irvine, and only fairly recently has the mainland style arrived in Irvine.

In three years, it’s come to the cutting edge. Compare L.A. to the Bay: if you go to the Bay, you can find authentic Chinese food anywhere except maybe Marin County. Historically, Los Angeles has only had certain areas where you can find Chinese food: Chinatown, SGV, Cerritos/Artesia, and Lomita/Torrance. Historically nothing in Los Feliz, Silver Lake, and Mid-Wilshire were worth eating at. Now you have Pine & Crane in Silver Lake, and Noodle World [in Hollywood].

In recent years there’s been chatter about the supposed “gentrification” of Chinese food. Have you noticed this at all?

The mainlanders coming in have led to fancier restaurants. A lot of the first mainlanders were working class, but you’ve seen a surge since 2010 in mainlanders buying houses, especially in Arcadia, which has spawned the opening of upscale Chinese food.

Bistro Na in Temple City was an eye opener because the decor hadn’t been seen anywhere in the SGV before.

I presume [by gentrification] you were referring to places such as Pine & Crane on Sunset, as well as Joy and Mason’s Dumpling Shop. … while these restaurants are not inauthentic, I think the appeal of these restaurants is as much generational as ethnic, with youth and not ethnicity being the commonality of the clientele.

My mom’s side of the family is from the Sichuan province, so I’m particularly partial to the rise of Sichuan food. I remember when I was growing up, we never ate at Sichuan restaurants. But now, especially in the last two years, my family and I always go out for chuan cai. What do you think has led to Sichuan cuisine’s explosive growth?

Peppercorns were banned from the U.S. from 1968 to 2005, because the Sichuan peppercorn is another form of the citrus family and it carried this disease that would have ravaged the U.S. citrus industry. Even though there were Sichuan-style restaurants, they couldn’t use peppercorn, so they had to develop other dishes.

The historic breakpoint was when Chengdu Taste opened up [in 2013], and before then I don’t think there was a destination non-Cantonese restaurant in the L.A. area. Most destination places were dim sum, seafood palaces.

Chengdu Taste and Szechuan Impression favored dishes invented in the last 20 or 30 years, and they could actually use peppercorns and modern recipes. Between the two of them, they really changed Chinese dining in the U.S., really changed the Sichuan food in the U.S., and really marked the turn away from Cantonese.

I’m about to visit New York in a few weeks and I’ve heard from friends that NYC Chinese food pales in comparison to SoCal Chinese food.

Good! I’ve been spreading negative things about New York Chinese food. The food here is so much better. Even though we’ve passed the age of Hong Kong and HK-style being the dominant style, [New York] is just behind.

So to recap: Mainland Chinese immigration in the last five years has completely flipped Chinese food in Southern California from a predominantly Cantonese experience to a more diverse mainland experience.

The dominance of mainland things is evidenced by mainland cuisines, mainland Chinese students and real estate investors, and mainland chains coming over. Physically the SGV looks the same, but look inside and it’s totally different.

To find out where Chan eats, you can follow his food adventures on Twitter and his food blog on Menuism.

RELATED: A Guide to Chinese Dumplings