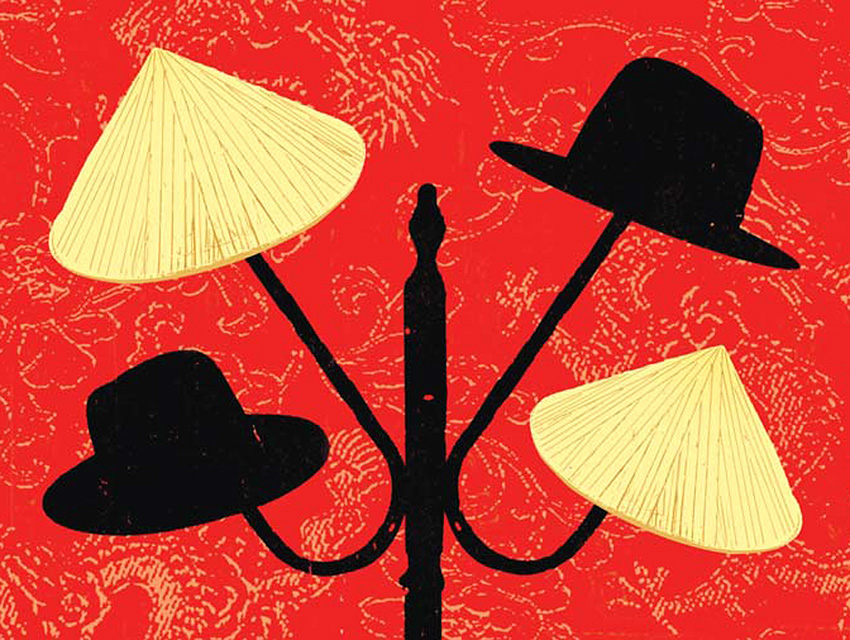 The maître d’ at New York’s Shun Lee Palace restaurant explained it to me like this once: Thousands of years ago the Jews and the Chinese were all part of the same tribe, but then an argument broke out over whether or not to circumcise the children, and that’s when the Jews and the Chinese split up. Before that, according to the maître d’, we were one race. He was older and much wiser than I, so I didn’t want to argue. But my ancestors would always talk about how when Jewish immigrants came to America, Chinese food was the cheapest option. You could fill up your hungry belly with rice after a hard day’s work for very little money. And let’s not beat around the bush—Jews love a bargain. The idea that you can get a combination of three different things on one plate is exciting to the Jewish eye. Plus the names of the dishes are enticing. ?Doesn’t General Tsao’s Chicken sound tastier than General Moshe Dayan’s Shank Bone?

Jews eat Chinese food on Christmas for one simple reason: We don’t believe in Jesus and neither do many Chinese restaurant owners. They work, they need customers, and we’re off because it’s a holiday whether you celebrate or not. I grew up the son of a kosher caterer, and the last thing we wanted to eat on days off was Jewish food. Chinese food is different from Mom’s cooking but not so exotic that we can’t relate. For instance, a wonton is not that different from a kreplach. They’re both doughy things with meat inside. So when you tell me it’s Christmas and we’re going out for Chinese food, it’s like saying, “It’s raining—I’m going to get an umbrella.” You don’t question tradition.

Most Jews also have a secret love affair with pork. We know we’re not supposed to eat it, but when it’s chopped up and barbecued and served in something else, we play dumb. I can’t eat a giant hunk of pork. However, if you take, say, a tenderloin and cut it into one centimeter-by-one centimeter chunks and mix it with fried rice and egg and scallions and garlic—totally fine. We’re on a need-to-know basis with our waiters, and we take advantage of the communication gap. “I don’t eat pork—what are you talking about? I ordered the chicken!” And, of course, you probably just ate half a pig.

It really is true that you can eat a ton of Chinese food and 20 minutes later you’ll be hungry again. This is good for Jews. We’re a food-loving people, so we like to be hungry; it means we get to eat. I distinctly remember on my 12th birthday having one of those magical Chinese dinners with my whole family gathered around the table with the lazy Susan, and we ate everything. Then we all piled back into the Oldsmobile, and my dad—no kidding—said, “Let’s go get a pizza.” So we pulled into the local pizza place and ate a pizza.

The waiter at Shun Lee told me a funny joke one night. He said, “My girlfriend’s favorite dish is wonton soup because backwards it’s ‘not now.’ ” See, that’s just a Jewish-wife joke converted into a Chinese-girlfriend joke! These are a common people. I think there might be something to the same-tribe theory.