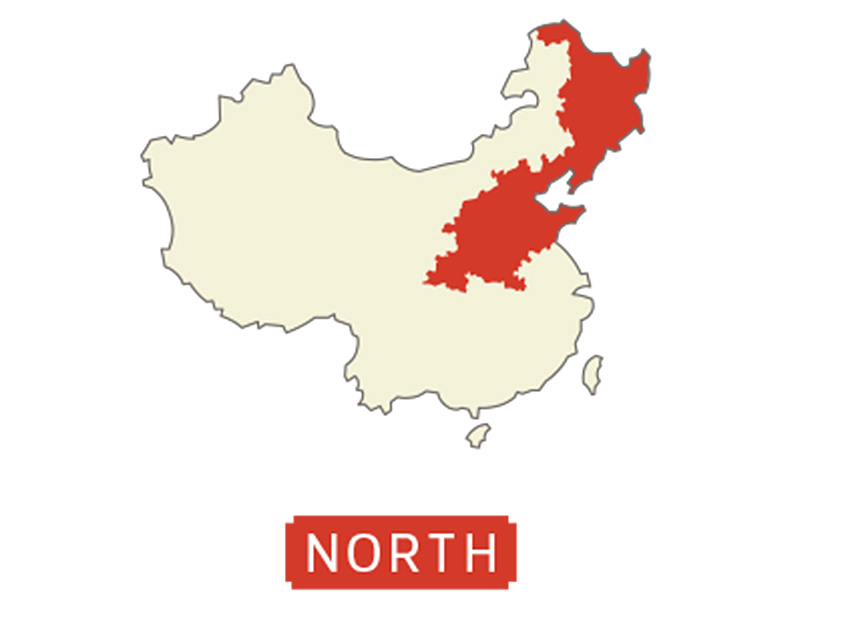 There’s a line that runs across the middle of China marking where the starch of choice shifts from rice to wheat-based noodles and dumplings. The famous Peking duck was hatched here, as was the communal Mongolian hot pot. The region also encompasses Uighur cuisine, which is based on Islamic dietary laws.

The immigrants of Southern China were the first Chinese to arrive in California, which is why you may be well acquainted with the food of this region. It’s the home of Hong Kong seafood houses, dim sum, and Chinatown classics like sweet and sour pork, lo mein, and other Cantonese favorites.

Also called the Jiangzhe, this area is known as the land of fish and rice. The internationally influenced dishes of Shanghai—such as redfish braised with rock sugar and giant pork meatballs called lions’ heads—are up-and-comers on L.A.’s Chinese food scene.

The region is all about spice. The mala, or tingling sensation from Szechuan peppercorns, drives the cuisine of the Szechuan province. The fire in the area’s Hunan and Yunnan dishes comes from all manner of chilies, served fresh, dried, fried, and pickled.