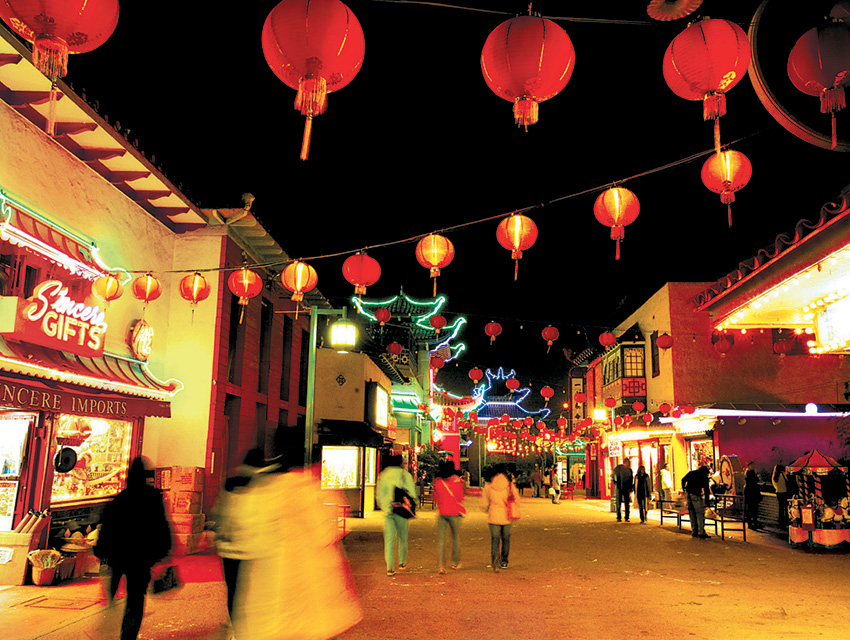 The rebirth of Los Angeles’ historic Chinatown is less new than you think. Even the New York Times—oft criticized as johnny-come-latelies to Angeleno trends—commented on the rise of bohemian galleries and artist lofts among the pagoda rooftops and paper lanterns all the way back in 2001.

That said, it wasn’t until a few years ago that Chinatown began to bristle with new life (and new money) in ways those who grew up frequenting its dim sum parlors and herbal remedy shops would have never predicted. As more of the city’s Chinese immigrant population have migrated eastward to the San Gabriel Valley, vacated kitchen and dining rooms have become a magnet for ambitious chefs and entrepreneurs. At the center of this growth is the same thing that has driven tourists and locals alike to this unique enclave since the 1930s: restaurants.

Yes, in case you hadn’t heard, Chinatown is in the throes of a bona fide culinary renaissance. The dining scene has blossomed beyond slippery shrimp at Yang Chow to include cuisines as far ranging as New Orleans cajun cooking and Japanese ramen. A large portion of credit for this development involves a two-decade long campaign by George Yu, president of the Chinatown Business Improvement District, who worked to attract new businesses and their clientele to the neighborhood without sacrificing its history and character. So far, the effects have been dramatic, as anyone who stood shoulder-to-shoulder in crowded Central Plaza during last year’s Chinatown Summer Nights can attest.

But with the recent opening of the $93 million Jia Apartments complex (where studios start at $1700 per month) and the soon-to-be-built Blossom Plaza development, the days of Chinatown as a uniquely preserved ethnic enclave (with cheap rents to boot) may be numbered.

In the meantime, this resurgent neighborhood is one of the most exciting places to eat in Los Angeles. Here’s where and what to explore.

Chego
Many credit the relocation of chef Roy Choi’s pan-Asian rice bowl shop from a Palms strip mall to Far East Plaza in 2013 for jump-starting the Chinatown boom. His shop is as packed as ever, and the Chubby Pork Belly bowl is still as close to an essential dish as you’ll find in L.A.

Mexicali Taco
After operating as a taco trailer on the fringe of Downtown, Mexicali moved their char-grilled carne asada tacos to space a few doors down from the old Kim Sung Theatre in 2012. Try the chicken vampiro, a gooey quesadilla punched up by potent garlic sauce.

The Little Jewel of New Orleans
You wouldn’t expect to find the most authentic po’ boy sandwiches in the heart of Chinatown—not to mention a stone’s throw from Philippe’s—but here they there are at this Crescent City-inspired grocery and deli. Chef Marcus Christiana-Beniger offers a host of other iconic dishes as well, including killer jambalaya and house-made chaurice sausage.

Pok Pok
Portland chef Andy Ricker’s announcement that he was expanding his Thai restaurant to Los Angeles was one of the biggest food headlines of last year. Pok Pok Phat Thai, Ricker’s causal pad thai shop, is already open in Far East Plaza, but the real anticipation is for his two-story restaurant and bar Pok Pok L.A., which will open in Mandarin Plaza this summer.