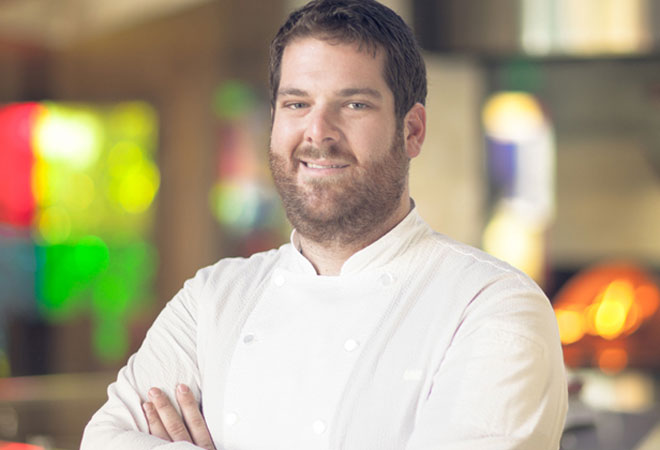 Chef Micah Wexler may have lost his battle with his former neighbor at Mezze, the onetime Middle Eastern gem of a restaurant that closed in October due to some construction madness next door. But the native Angeleno will put up a different kind of fight this weekend, when he battles Iron Chef Bobby Flay on the Food Network’s Iron Chef America.

In a Q&A that appears on a totally non food-related blog (which happens to be run by Wexler’s proud dad Gary—awwwww), Wexler says he’s thrilled to be competing in America’s ultimate culinary face-off: “When I was younger, I imagined it, but I hadn’t thought the opportunity would come about at this point in my career.”

He also hints at his plans for a new restaurant—soon—saying, “I am shooting [to open] sometime in 2013.” In the meantime? “I’ve been trying to learn how to make my own cheese.” Awesome.

So, Will Wexler’s Mediterranean chops dominate Flay’s Southwestern style? Could schmaltz be the secret ingredient? You’ll have to tune in Sunday to find out.

And if you’re interested, the Q&A also reveals what Wexler considers the best Israeli restaurant in L.A.: Flora’s Falafel. Well, there you have it.