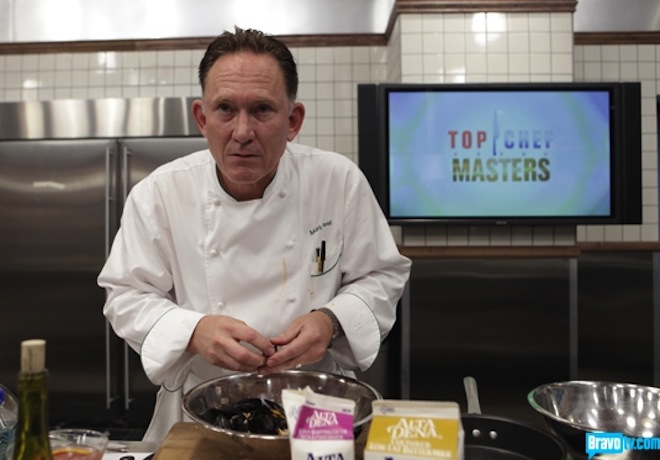 Now that his magnum opus, Campanile, has closed—and the name has been licensed to a restaurant set to open this September at LAX—The New York Times caught up with chef Mark Peel to discuss what a life in the kitchen has done to his body. It’s not surprising that years of standing on his feet over a hot stove haven’t been kind to Peel, who put his name on not just Campanile, but the short lived Tar Pit, a grilled cheese concept, and now, soon, Campanile number two.

Mark Peel is something of a legend in Los Angeles, and not just because he owned Campanile for over two decades (and for part of that time, with then wife Nancy Silverton). His resume reads like a history of California cuisine. Peel spent time in the kitchens at Ma Maison, Michael’s, Chez Panisse, Spago, and Chinois before striking out on his own. With this experience has come not only accolades, but serious injury. The chef has “carpal tunnel syndrome in both wrists and thoracic outlet syndrome in his shoulders, resulting from repetitive stirring, fine knife movements and heavy lifting” in addition to foot problems and chronic back pain.

“At some point, the mind is willing but the body rebels,” Peel told the Times. He also tells the paper that the long hours he worked in his youth hurt his personal and romantic relationships, alluding to his much publicized divorce from Nancy Silverton.

Still, Mark Peel is gearing up to train chefs who will run Campanile at LAX next month and may bring back his popular grilled cheese night in pop-up form, as he did back in March at 2Twenty Wine Lounge on La Brea. A chef’s work is never done.

For a Chef, 41 Years in the Kitchen Takes Its Toll [The New York Times]