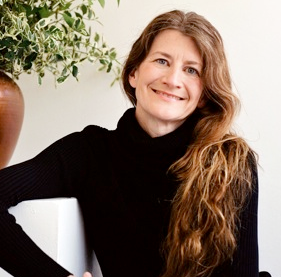 Maybe you’ve never heard the name Judy Rodgers before. Maybe you’ve never been to the award-winning triangle of a restaurant, Zuni Cafe, in the Hayes Valley neighborhood of San Francisco. And maybe, if you haven’t been, you might think you haven’t had Rodger’s roasted chicken. But you have.

Rodgers, who trained under Jean Troisgros—the father Michel Troisgros, who still runs the three Michelin-starred family restaurant, La Maison Troisgros, in the small town of Roanne, France—pioneered the new standard in poultry brining. Hers was always a dry brine which both seasoned the meat and dried out the skin (yielding potato chip-like crispness). Every great roasted chicken you’ve ever had? It’s probably been what Los Angeles Times food editor Russ Parsons has nicknamed a Judy Bird. (The technique is applicable to both chicken and turkey.) Roasted in the cafe’s wood-burning oven and stuffed with a San Francisco sourdough “bread salad”—to soak up all of the juices—Rodgers’ bird was one people lined up for on Market Street, just outside the window panes on the outside of the restaurant.

Rodgers must have made thousands of her brined birds at Zuni Cafe over the years, up until she took some time off from the daily grind to care for herself. Reports of Rodgers’ battle with cancer have surfaced in the wake of her death, late last night, at the age of 57.

It’s too easy to say that we should remember Rodgers for her skills in the kitchen, for training hundreds of chefs, for what those who knew her personally called her “force of nature.” If you don’t already have The Zuni Cafe Cookbook in your collection, now’s the time to give it as a gift to yourself.