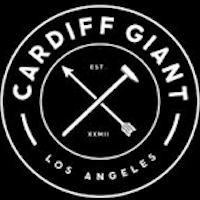 This fall French Laundry alum chef Joshua Drew will open Cordoba, an Argentinean restaurant, in partnership with Cardiff Giant (The Churchill, DBA, Fifty Seven). Drew, who has spent time in some of San Francisco’s best kitchens, was most recently the chef at Farmshop in Brentwood. This his first solo restaurant project, and the first time he will be a partner in the business.

“The name Cordoba holds great significance in that it happens to be Los Angeles’s sister city in Argentina. Our goal from the start was to build a restaurant with a distinct cultural inspiration to draw from, while also honoring the incredible bounty of product in Southern California. For us, the name evokes that sort of link, as well as honors the influences we hope to pay homage to,” says Drew in a release.

A large traditional Argentinean grill will serve as the focal point of the restaurant when it opens in Los Feliz later this year. Sam Marshall of Marshall Projects (Gjelina, Laurel Hardward) will design the space to incorporate natural wood and South American ceramics.