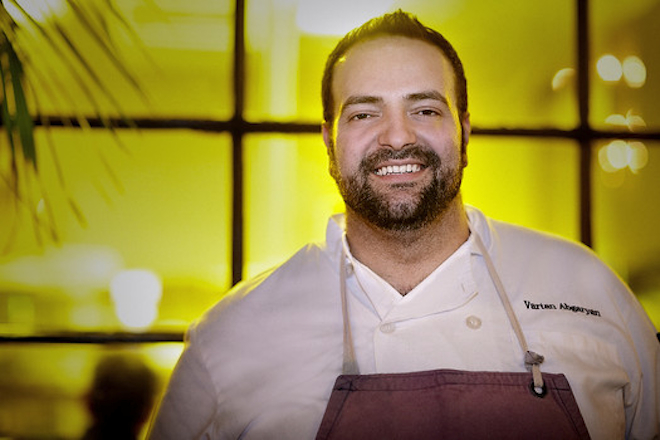 ← OUT: Kyle Schutte lasted just about four months at The Corner Door. He’s now a free agent while the restaurant settles. A new chef has not yet been chosen, but the kitchen is still churning out Schutte’s menu.

→ IN: The Hotel Bel Air has named a new executive chef for all of its food and beverage outlets, including Wolfgang Puck at the Hotel Bel Air. Hugo Bolanos, who has been with the Wolfgang Puck group since 2000, was most recently chef de cuisine at CUT. As of last month, Bolanos has taken over operations at the signature restaurant, banquet facilities, and in-room dining.

← OUT: Barman Armando Conway has departed Hakkasan in Beverly Hills as of last week. Conway has taken a job as a spirit ambassador. Hakkasan has not yet installed a new bar manager.

→ IN: Cocktail consultant about town, Rob Floyd, who, until earlier this year, was stationed at Bar Centro at the SLS Hotel, is now mixing drinks at The Roosevelt’s iconic Library Bar in Hollywood.