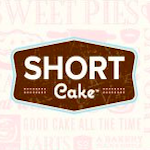 Rancho Palos Verdes: Terranea Resort held on to chef Michael Fiorelli for as long as it could, but just about two months ago, Fiorelli signed off from the signature restaurant property at the seaside resort. The kitchen at mar’sel is now run by 24-year-old Rebecca Merhej. Fiorelli has not yet announced his next move.

West Hollywood: Chi-Lin is still chugging along on West Sunset, serving the pretty people quasi-Chinese. With Yujean Kang out of the picture, former Iron Chef America contestent Tyson Wong has jumped behind the stoves. He was most recently corporate executive chef of Straits in Atlanta.

Beverly Hills: It seems that pastry chefs only last about a year at Bouchon and Bouchon Bakery. Last month, pastry chef Chris Ford joined the Beverly Hills’ Bouchon and is in charge of desserts on the menu as well as pastries in the display case at the bakery. Last year, he won Food and Wine’s People’s Best New Pastry Chef award. This is his first post on the West coast.