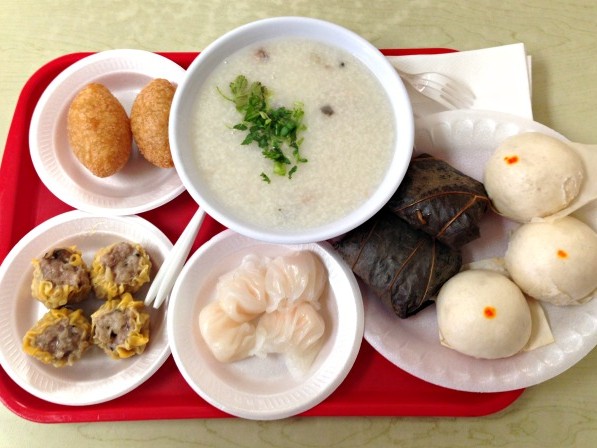 As a food writer and two-year resident of Chinatown, there is one question I’m probably asked more often than any other: Where can I get good dim sum in Chinatown?

I begin my reply, of course, with the standard disclaimer: the dim sum you’ll find across the San Gabriel Valley is miles better and well worth the drive. But since it seems not everyone is keen on driving eastward (amirite Westsiders?) they usually press the issue: Where in Chinatown?

Up until recently, though, I didn’t have a great answer. The iconic Empress Pavilion, which wasn’t exactly in top form, served it’s last dumpling in 2013. Ocean Seafood, CBS, and Golden Dragon were slowly heading downhill as well, and had become somewhat overpriced for the quality.

This predicament shouldn’t surprise anyone. Across the country, traditional Chinatowns are slowly dying—whether in San Francisco, New York, or Seattle, they’re being replaced by forces of urban redevelopment and the movement of more recent Asian immigrants to surrounding suburbs. It might sound like tragic case of gentrification, but it’s really just the end result of social trends that have been percolating for decades. The fact that L.A.’s Chinatown has any dim sum restaurants left at all is kind of a small marvel, and there’s a good chance that most will not exist ten years from now.

But back to the dim sum question: It wasn’t until I stumbled upon Keung Kee BBQ, a weathered Cantonese barbecue take-out spot near the corner of Hill and Ord, that I encountered a glimmer of hope in my Chinatown quest. Inside Keung Kee (formerly known as Ho Ho Fu BBQ and Soon Peace BBQ) a row of steam trays lined one wall, filled with various cuts of braised meat and stir-fried noodles, while roast slabs of pork belly and ducks hung in the window. The menu’s prices were ridiculously cheap: one steam tray item with white rice, $1.75; roasted duck over rice, $4.50; etc.

Overall, the dim sum was surprisingly—dare I say, shockingly—good. It’s far fresher than anything else I’ve had in Chinatown, and might even compare favorably to some of cheap dim sum places in the SGV (of course, this is my opinion as a white boy who isn’t Cantonese and has never visited China, which might invalidate my input according to some local food bloggers).

But there is one aspect that’s indisputable: Keung Kee is staggeringly, jaw-droppingly cheap. Individual dim sum plates, which include several dumplings or buns, cost just $1.39 each. That’s unreal. A group of two could feast like emperors for under $10, while still enjoying dim sum that’s a step or two above what you’ll find at Chinatown dim sum fast food joints like Yum Cha, Won Kok, or Lucky Deli.

That said, there are some caveats: The cafeteria seating is sparse and bare-bones (don’t sit by the massive box fan in the corner unless you want napkins flying everywhere). Chinatown’s aging Chinese population can make the room feeling like a geriatric home at times, but hey, at least they’re eating here. And your food isn’t delivered to you, so much as it is crowded onto a red lunch tray and passed over the counter. Oh, and cash only—but you probably could have already guessed that.

But, really, it’s Keung Kee’s most charming detail that shines through—a simple, friendly gesture that captures the heart of what dim sum is about. They gift you a free pot of jasmine-flavored tea when you sit down (with refills!).

Is this best dim sum in Chinatown? I can’t say for sure. All I know is that answering the question I’m always asked just became much easier.