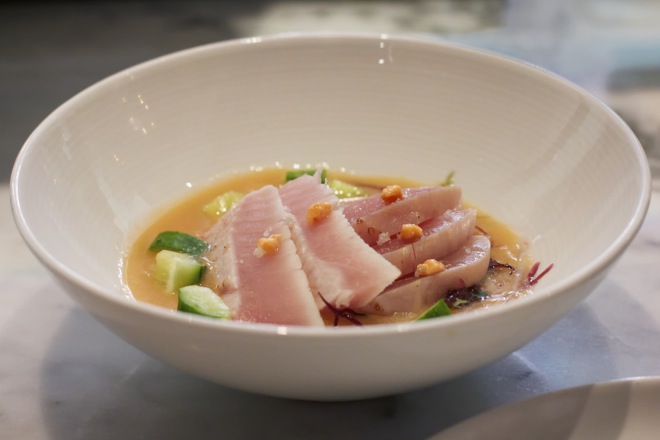 Yes, “Ceviche Nights” does sound like a Latin-themed Enchantment Under The Sea dance, but it’s actually a dining event taking place at Mo-Chica on two Sundays in December: the 9th and 16th.

Chef Ricardo Zarate takes his ceviche very seriously—as evidenced by the planned 2013 opening of Paiche, his own cevichería in Marina del Rey—and he’s partnered with our old pal Joshua Lurie from FoodGPS.com to put on this ceviche celebration. Zarate will preview the Paiche menu with ceviches that he’s never served before at his existing restaurants (Picca, Mo-Chica), like hot ceviche and ceviche made with alternative meats like duck.

Guest chefs will also join Zarate to apply their signature spin on ceviche. Josiah Citrin (Mélisse) jumps in on December 9, working with Zarate to create four variations of sea urchin ceviche, as well as a dessert that yes, also features uni. Additionally, a flight of beers from New Belgium Brewing Company will be available for pairing. Bryant Ng (The Spice Table) and Kris Yenbamroong (Night + Market) climb on board for December 16, preparing six courses with Zarate, with optional craft beer pairings from Firestone Walker Brewing Company.

Not a bad line-up if we say so ourselves: all four chefs involved were chosen as our Chefs of the Year. And Señor Lurie, mastermind behind the L.A. Beer Float Showdown and L.A. Fried Chicken Fest, certainly knows how to put on a winning event. Added bonus (as if we needed another): 10% of the proceeds will be going to American Red Cross Hurricane Sandy relief.